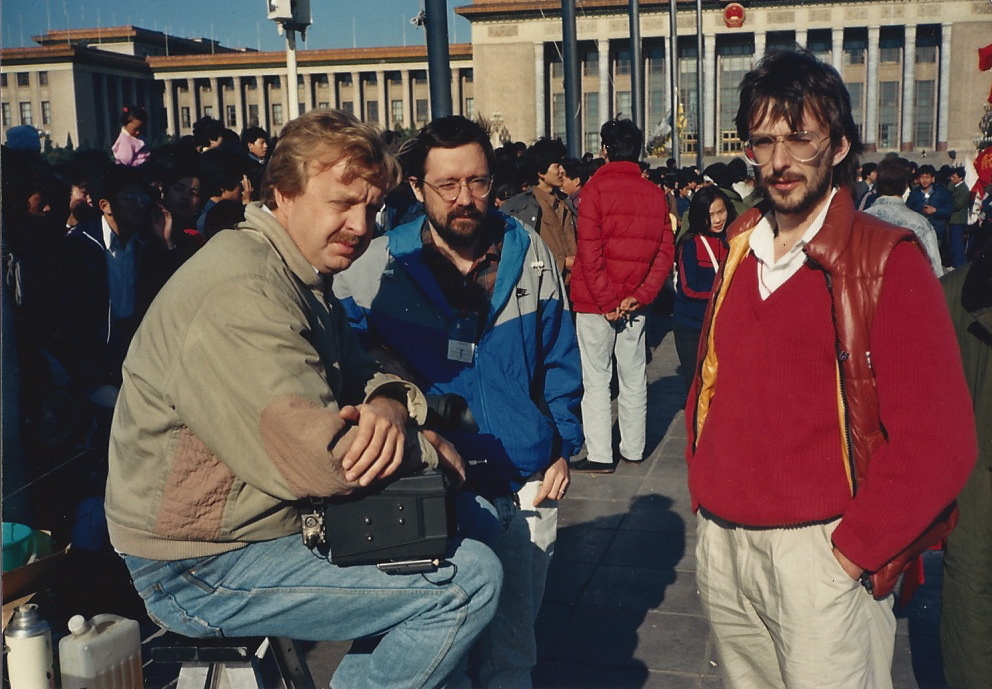 Mick Deane (left) in Tiananmen Square, 1989
The Mick Deane Scholarship for Video Journalism was established by Asia Pacific Vision (APV) in partnership with The University of Hong Kong’s Journalism and Media Studies Centre in honour of TV journalist Mick Deane, who was killed by a sniper's bullet at the age of 62 while covering protests in Egypt in August 2013. Deane had previously worked in Hong Kong from 1988 to 1994 as ITN’s Asia cameraman. For the last 15 years of his life he was with Britain’s Sky News, based in the United States, London, and the Middle East.
Deane was the consummate TV journalist. He knew his story and he knew his equipment. But what separated him from the pack was his generosity. He was competitive but never had a problem sharing story or technical information with others. The Mick Deane Scholarship is for that student who best exemplifies Deane’s spirit. Somebody who wants to excel at Video/ Broadcast journalism but is also generous by nature; one who shares information with others and has the potential to be a teacher and mentor.
The scholarship will be awarded primarily on the basis of academic merit, and to candidates who demonstrate the talent, skills and commitment to excellence in video journalism of the scholarship’s namesake. The award will go towards funding an independent video project by the recipient.
The Journalism and Media Studies Centre is responsible for shortlisting candidates for consideration by the selection committee. The committee will also consider such issues as financial need, leadership and professional potential, and extra-curricular activities of the applicants.
Visit the Mick Deane Scholarship Facebook Page to share memories and pictures of Mick and to receive updates on the scholarship.

Donations to the Fund

Your support for the Mick Deane Scholarship for Video Journalism fund is welcomed. Click on the icon to make a contribution.

Canada – Donations from Canadian donors are eligible for tax deduction in Canada. Please use cheques (or credit cards for online giving at the link above) issued by Canadian banks, and provide your full name and address in Canada.

UK and US - Please refer to https://eform.giving.hku.hk/zend/online_donation/jmsc_the_mick_deane_scholarship for details on tax relief/deduction. 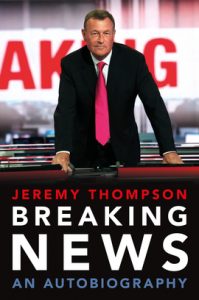