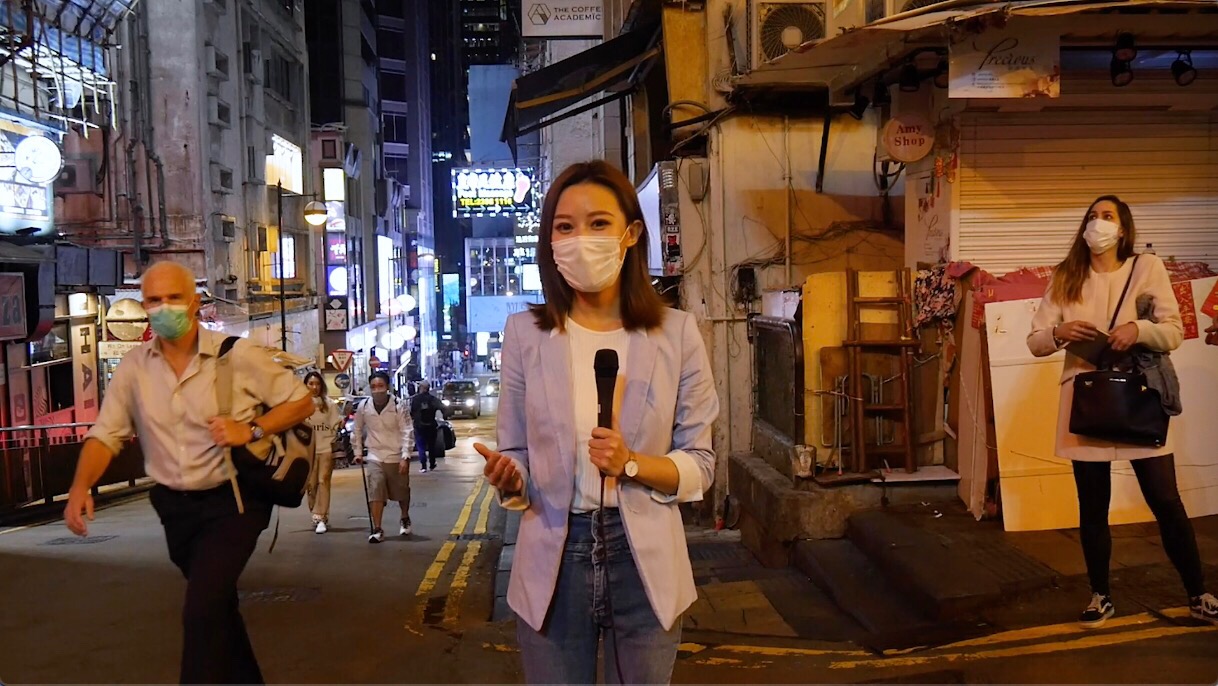 In Pursuit of Perfection

For Chloe Feng (MJ 2020), one of the keys to success in making a video is about having viewers feel they were on the same adventure. And as this year’s winner of the Mick Deane Scholarship for Video Journalism, Chloe is on her own personal adventure.

After a slightly rocky start—“I did not know how to shoot and film until I came to JMSC,” she recalls—Chloe emerged as one of the most talented videographers at HKU. “One of the reasons I like video more is that it has movement,” she says. “It can try to recreate scenes from life, as best as it can, with motions and sounds, so that one could feel that he or she is re-experiencing those scenes back at that time.”

People, she says, are crucial to making a meaningful video. “I think it’s very helpful to find a way that could let the interviewees feel very comfortable to tell their stories, in the meantime, it’s also essential to respect the story and the interviewee’s thoughts.”

Chloe says her achievement would not have been possible without Eva Tam JMSC lecturer and award-winning video journalist. “Eva, who was my Video News Production lecturer helped me a lot—my stories would not be ideally done without her. I even bothered her during my winter internship. She is such a patient, interesting, versatile, and great lecturer.”

For her part, Eva says Chloe is the latest young journalist with strong video skills to graduate from the MJ programme. “They have gone on to work for local and international media organisations such as the BBC, The Wall Street Journal, South China Morning Post, RTHK, and China Daily,” she says.

“As an alumna of the programme myself, JMSC pushed me to think about stories that are underreported in the city and as a lecturer, I push my students to do the same,” she adds. “Chloe is an all-rounded video journalist with a good sense of editorial judgment, videography and editing skills.”

Chloe’s first steps into videography were composed of trial and error—and persistence. Her initial videos, she acknowledged, were plagued with technical errors. But she credits JMSC lecturer AJ Libunao and technical officer Roy Ching with bringing her up to speed on working the equipment properly.

“I consulted AJ for the filming techniques and tried to get familiar with all the settings again, and I filmed again. My second shooting was much better—although I came back and found that my interview clips had no sound at all—I attached the audio in the wrong place. Roy also helped me a lot with my later editing, shooting, framing, zooming, depth of fields, and use of light.”

Matt Walsh, JMSC’s Director of the Master of Journalism Programme and a scholarship judge, said Chloe’s determination paid off. “Chloe is a perfectionist, almost to a fault. She is willing to put in the extra time and effort to achieve a superior result at every step of the video storytelling process. In short, she cares. A lot.”

Chloe, who will intern with China Daily, is not entirely new to visual journalism. “I worked at a TV station in mainland China as a presenter for about one year and while I learned some very basic video editing skills there, I literally did not touch any camera or equipment before.”

But her scholarship win has given her renewed ambition about the field. “To try to let audiences feel as if they were there with you—with the characters—together is how I express my feelings about visual stories,” she says.

”If we, as journalists, can try to dig and uncover the deepest, the most touching part or the softest part inside the character’s heart, the pain points, and the most humanistic part that could resonate with others, and then try to let characters trust you and comfortably tell his or her or their stories to you in front the camera, you are half-way there—it’s not very easy, and it may take time.”

Another judge, Mark Erder, co-founder and director of Asia Pacific Vision (APV) —which established the scholarship in partnership with JMSC—praised Chloe for her ability to select unusual stories. “They are more than low-hanging fruit. Her dedication and passion come through in these selections,” he says.

The scholarship comes with HK$20,000 in cash. Chloe plans to use the money wisely, she says. “I don’t have a good camera or lens. Maybe I will save the money for some time, and then use it to buy essential equipment after I get more knowledge—and then to try to capture more meaningful moments and try to make my ideas come true.”

The Mick Deane Scholarship for Video Journalism was established in honour of TV journalist Mick Deane, who was killed by a sniper’s bullet at the age of 62 while covering protests in Egypt in August 2013. Deane had previously worked in Hong Kong from 1988 to 1994 as ITN’s Asia cameraman. The scholarship is for that student who best exemplifies Deane’s spirit by having the potential to be a teacher and mentor.

“Mick was a person who delivered the story, shared ideas and skills with others and taught what he knew,” says Mark, who was close friends with Deane. “When it came to getting the story, he was the consummate operator. If Chloe and the others learn to operate and teach at the same time, they will pass their skills onto the next generation.”

George W. Russell is editor-at-large at JMSC and works as an editor in the Financial Times Hong Kong bureau.