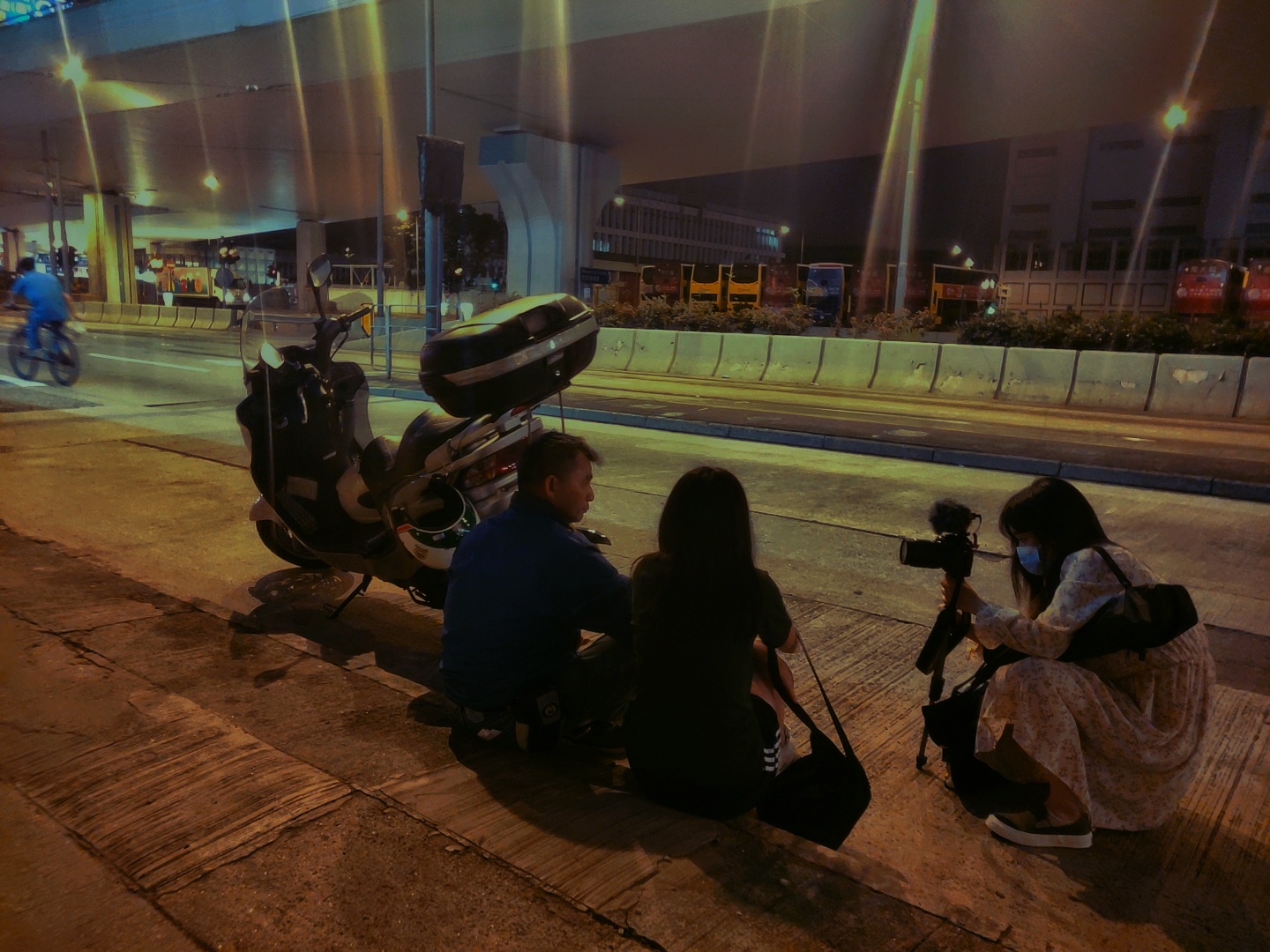 New York is the archetypal “city that never sleeps”, but for Yiling Zhang (MJ 2020), Hong Kong has its own special magic during the wee hours, and enough activity to inspire her to make a film that has won first prize in the International Documentary Competition at interfilm Berlin, the 36th International Short Film Festival Berlin 2020.

Soon after arriving in Hong Kong from her home in Quanzhou, in China’s Fujian province, Yiling discovered that her adopted city tends to get up late—and stay out late. The first time she explored Hong Kong’s late-night charms, she chanced upon a man looking out to the harbour from Centre Street in Sai Ying Pun.

“He had an empty wine bottle by his side,” Yiling said. After that experience, she discovered many people by themselves. “It’s effortless to find people sitting alone at night here,” she said. “I felt empathy for the lonely and always wanted to talk to them.”

As a student from the Mainland, Yiling arrived in Hong Kong at a turbulent time. She discovered a very different society than the one she had lived in for the previous 23 years. She decided to record her exploration of Hong Kong, while experiencing her own alien and even somewhat ostracized identity. 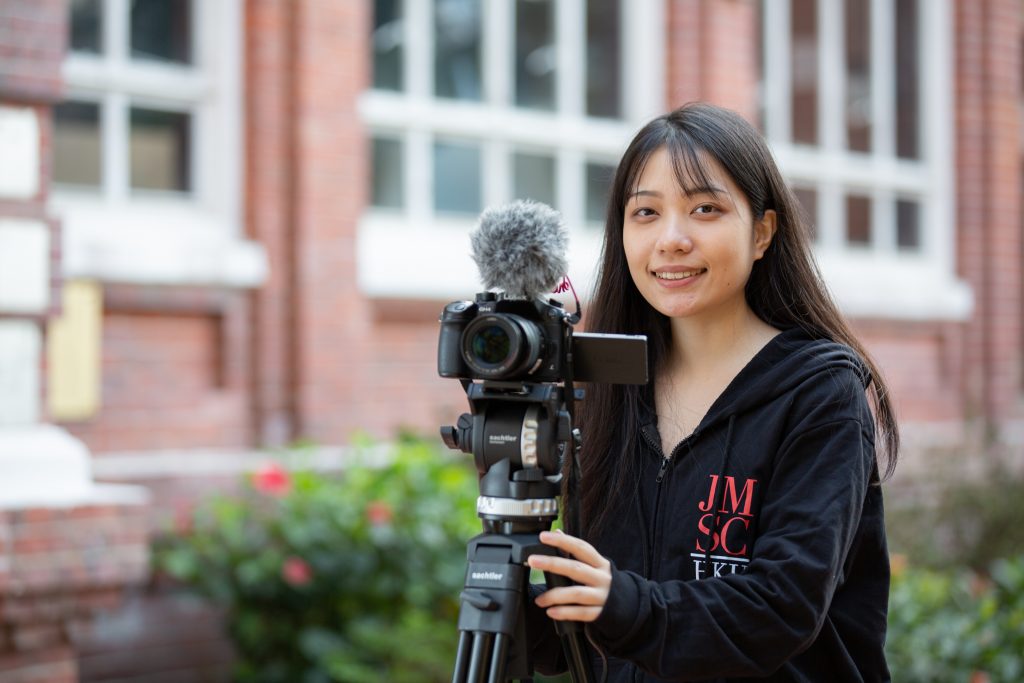 After an intense first semester in HKU Journalism’s video news production course, Yiling, who had no previous experience, enrolled in Uli Gaulke and Ruby Yang’s documentary film production class where she decided to chronicle scenes of Hong Kong between 1am and 4am. “The more I went out at night, the more I found the city’s charm,” she said.

Prior to her Hong Kong sojourn, Yiling was no night owl. “I used to be a very healthy person who likes to go to bed early. 11pm in my family is already very late,” she said. “But a lot happened this year when I studied in Hong Kong. I felt stressed quite a lot, so I rarely went to bed before 1am.”

Hong Kong, like Quanzhou, is a city by the water and Yiling soon discovered the allure of the Fragrant Harbour. “I went out a few times at 1am with my friend and found it very relaxing, sitting by the sea in silence.”

But as she worked on the film project with her fellow students, Gaby Lin Wanshan and Jessica Zhou Fangjia, she did not initially plan to stay up until 4am. “But as the shooting began, Jessica, Gaby and I really enjoyed this journey. We thought of every shooting night as an adventure in Hong Kong.”

If staying up until 4am wasn’t enough, the news that their film “1 a.m. in Hong Kong” had won Best Documentary in Berlin generated an even later night. “The fact of being selected for the festival was unbelievable enough,” Yiling recalled. When I received the email about winning, I couldn’t fall asleep for the whole night.”

Yiling’s directorial debut has made her look at films in a new light. “I don’t even watch films very often,” she said. “Not until I started making “1a.m. in Hong Kong” did I know filmmaking takes so much effort. I really respect everyone working in this field.”

With her strict upbringing, Yiling needed a loophole to make the film and escape her family’s wrath. “My parents call to check if I am home every night at 10 while I was in Hong Kong. When they called at 10, I was really at home. I just didn’t say that I would go out later to film my documentary.”

However, fooling her parents wasn’t that easy. “After we finished our film, they knew it anyway and didn’t say anything negative, so I am kind of relieved.”

Yiling’s enthusiasm for the project has paid off. “In order to see as much of the city as possible, I have chosen to interview people in Cantonese, English, Mandarin and Minnan,” she said.

“In this process of exploration, I saw loneliness. I saw life. I saw the epitome of what happens during the day at night, and I had a lot of thinking. In the end, I saw myself more clearly.”

The Berlin festival continues until 13 December.

George W. Russell is editor-at-large at the Journalism and Media Studies Centre and works as an editor in the Financial Times Hong Kong bureau.