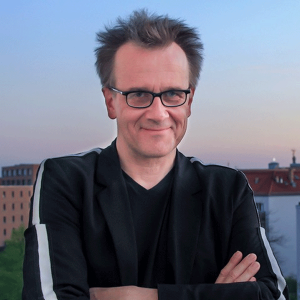 Uli Gaulke, born in the GDR, is a Berlin-based author and director of award-winning documentaries. He studied directing at the Konrad Wolf Film University of Babelsberg and won with his fist documentary feature Havanna Mi Amor in 2001 at the German Film Awards (Lola 2001) for Best Documentary. The film had a successful release at cinemas worldwide and was invited to Berlinale as the opening film of the Forum, as well as to more than 30 other festivals like Cannes, AFI Fest Los Angeles, Miami IFF and Cinema du Reél, Paris. His second film Marry Me (Berlinale 2003) was followed by Comrades In Dreams, which screened at Sundance World Documentary Competition 2007 and was nominated for the World Cinema Jury Prize for Documentary. After he released Pink Taxi in 2009 his film As Time Goes By In Shanghai (2013) premiered at Hot Docs Toronto and won the Grand Jury Price at the Al Jazeera International Documentary Film Festival 2014. His latest documentary feature Sunset Over Hollywood (2018), which is currently running at German theatres, was nominated for the German Documentary Film Award and selected  for the SXSW Festival. Uli Gaulke’s films tell emphatic stories of people in different regions of the world, including North Korea, China, Cuba, Russia, India and Burkina Faso.

Uli also worked as a director and cinematographer in TV event documentaries such as 24h Jerusalem and 24H Europe, which were broadcasted on ARTE Germany/ France and TV stations all over Europe. He has taught master classes in Vietnam, South Korea, Russia and at the Talent Campus in Berlin and New Delhi as well as at the Konrad Wolf Film University of Babelsberg. He has had retrospectives of his work in Moscow, Bogotá and Hong Kong. Uli Gaulke is a member of the German Film Academy and has been a jury member for many different classified festivals worldwide.