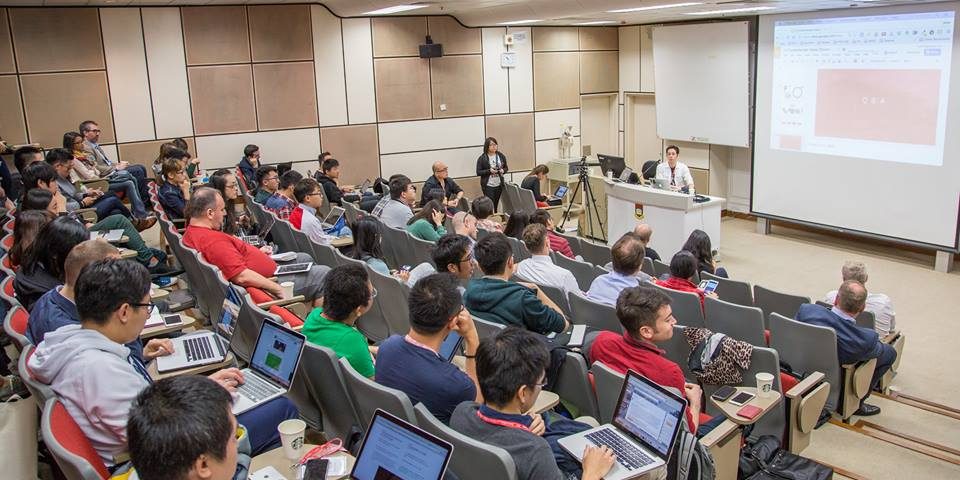 The JMSC has hosted the first ever Editors Lab hackday event in Asia, with five teams from mainland China amongst those who joined the competition to develop an innovative video journalism tool.

Journalists and media experts from companies such as YouTube, the Associated Press, Storyful and The Economist also gave a series of workshops as part of the event held in early December.

In total nine teams came from media organisations around China, Hong Kong and Malaysia to participate in the hackathon. Each team consisted of an editor, designer and developer, who worked together across two days to build a prototype focusing on a practical problem in video journalism.

A platform named ‘Hawkeye’, developed by a team from Caixin Data Visualisation Lab, China, won the event. Judges said that the team’s product—which allows users to follow multiple live video streams from reporters on the ground around breaking news events—could offer a new innovative form of storytelling by incorporating user-generated content in an interesting way.

Caixin will now go on to the Editors Lab final event in Vienna during June to compete against other Editors Lab winners from around the world.

Teams came from media organisations around China, Hong Kong and Malaysia, each consisting of an editor, designer and developer.

The Editors Lab hackday event was organised jointly by the JMSC and the Global Editors Network (GEN), with the support of Google, and in partnership with the Associated Press, The Society of Publishers in Asia, and the School of Journalism and Communication of The Chinese University of Hong Kong.

Videos from the live stream of the event can be found here, and a transcript of the live blogging here.