Support JMSC Students and Win Prizes for Yourself and the Centre 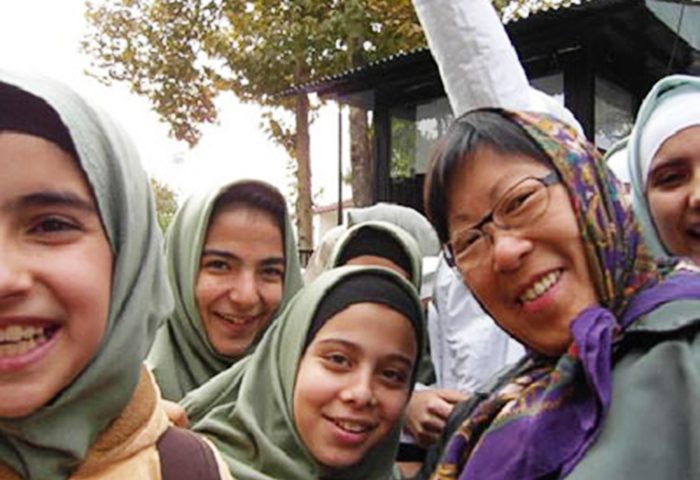 Trailblazers in Habits, a documentary film about an American order of nuns by the JMSC’s Nancy Tong, continues to make waves in Hong Kong and abroad.

A special showing of the film was held in February in Hong Kong, while an earlier one in October 2013 raised US$240,000 for the order, the Maryknoll Sisters. This was on top of US$410,000 raised since October 2012 at screenings in Canada and the U.S. and from DVD sales.

Meanwhile, Tong, a documentary filmmaker and Visiting Associate Professor at the Journalism and Media Studies Centre, was profiled in the South China Morning Post in mid-March (printed version), discussing her personal experience as a student of the Maryknoll Sisters and her childhood memories of Hong Kong.

She also discussed the making of the documentary, and how it signaled a new direction from her previous, more hard-hitting films. Those include Who Killed Vincent Chin, which was nominated in 1989 for an Academy Award; In the Name of the Emperor, which was awarded the Special Jury Prize at the San Francisco International Film Festival in 1995; and Cancer: From Evolution to Revolution, which won a George Foster Peabody Award in 2000.

“When I finished this film (about the Maryknolls), I realised it was a departure from my other work, because my other films are all about war, diseases, dying and crimes, and this one is about the human spirit. It’s an inspirational story,” she told the SCMP.

Not one to rest on her laurels, Tong is already looking around for her next project. While she hasn’t settled on a subject, she said she’s no longer content to look at one isolated incident, but wants to look at the human experience and consider spiritual issues around it.

“I’ve just turned 60,” she was quoted as saying.  “I’m trying to find some reason for all these things – why do we live, why do we die, why do all these horrible things happen?”

In the Maryknoll film, she told the SCMP, “there is a very universal theme in all their experiences, to look beyond yourself as how one relates to the rest of the world, whether it is joy or suffering – even if you suffer, don’t take the joy away.”

Tong divides her time between Hong Kong and New York.  She is currently teaching courses on Documentary Video Production and Documentary Film Appreciation at the JMSC.