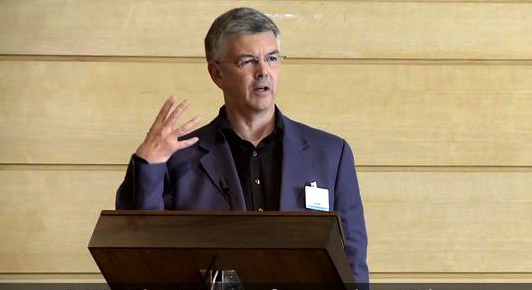 George Brock, Professor and Head of the Department of Journalism at City University London, will deliver a talk at the JMSC on Tuesday, March 19 on the impact that declining newspaper circulation and the News International phone hacking scandal have had on British journalism.

National newspaper sales in the United Kingdom have been plummeting for over a decade.

They have continued to decline after the Leveson Inquiry into the practises and ethics of the British press published a report recommending state regulation of the media last November.

The inquiry followed revelations that journalists at some parts of Rupert Murdoch’s media empire hacked into citizens’ phones to break stories, and allegations that some journalists bribed police and public officials.

Tuesday’s talk will review the events leading up to these crises and “ask whether the British press will ever be the same again”.

During his 28-year career at The Times, Brock held a range of positions including feature writer, foreign editor, Brussels bureau chief, European Editor, Managing Editor, and International Editor. He is a member of the International Press Institute‘s executive board and a board member of the World Editors Forum.

Professor Brock is on Twitter at @georgeprof and maintains a blog at georgebrock.net. His academic staff profile on the City University London website may be found here. A lecture on the future of journalism education Brock gave at the European Journalism Centre in 2010 may be viewed here.

Talk: The double squeeze on British journalism: the phone-hacking scandal and the decline of print.

The talk is open to JMSC students and faculty.