Film by JMSC Professor Selected to be Screened at U.S. Film Festival 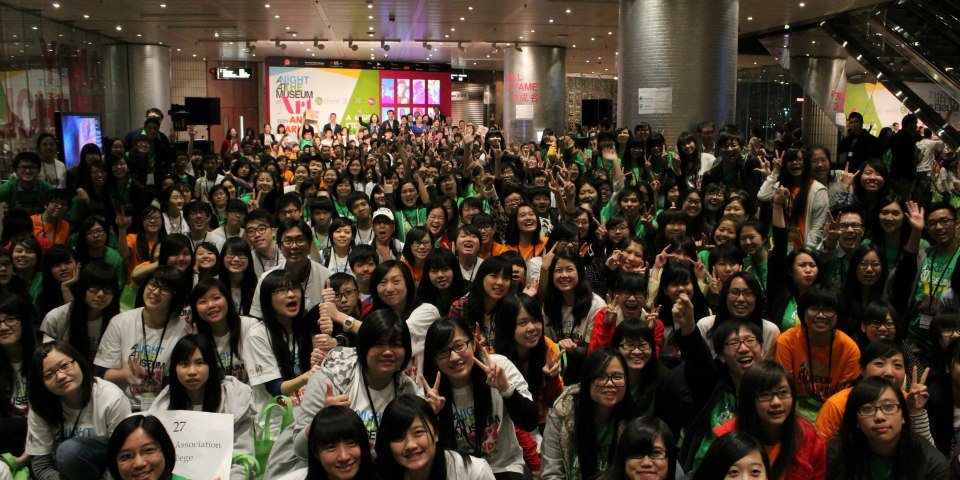 The American artist Andy Warhol once famously said, “In the future, everyone will be world famous for 15 minutes”.

JMSC Bachelor of Journalism (BJ) students recently gave over 600 teenagers from 56 Hong Kong Secondary Schools a shot at their 15 minutes of fame in a Night at the Museum of Art with Andy Warhol, two all-night celebrations of art, education and creativity.

The event was a joint effort of The University of Hong Kong and the Hong Kong Museum of Art. It took place on February 22 and March 8 at the museum, where the teenagers were granted exclusive access to the largest collection of Warhol’s art ever to be exhibited in Asia.

They watched movies, live musical performances and lectures that highlighted different aspects of Warhol’s approach to media, art, celebrity and popular culture. They participated in workshops like silk screening, dance, fashion, photography and window display; got to run around the museum taking photos with Instagram; and had the chance to act as TV news reporters for the JMSC’s media workshop.

The JMSC students followed the teenagers over the course of both nights, capturing their experiences with video, photographs and articles using media including Twitter, Facebook, and Instagram. The results were posted on a website that the JMSC created to document the evening.

The BJ’s coverage was also broadcast through a variety of media outlets simultaneously. By uploading videos to the JMSC Youtube channel, managing the Night at the Art Museum Facebook page, and updating the JMSC event website, the BJs learned how to multitask and to work together as a team.

“Our students are working as photographers, videographers, reporters, producers, social media managers, deputy editors, editors-in-chief – they are in charge of everything”, said Kajimoto, the teaching consultant who coordinated the JMSC’s coverage of the event. “I’m just here basically to cheer them on. The students are running the show”.

Min-Seok Kim (BJ, 2014), said getting the teenagers to talk before a live TV camera was not always easy. “Only a few of them wanted to be on camera”, he said. “Most of them were shy or not particularly fluent in English.” (Click on the video below to watch teenagers talk about what words like creativity, dreams, and fame mean to them.)

Bernadette Tsui, the Director of Development & Alumni Affairs at HKU who initiated the idea for an annual Night at the Museum, said the JMSC added an extra dimension to this year’s event.

“Andy Warhol’s work is all about media”, she said. “He used media at the same time that he was commenting on it. The JMSC’s coverage helps his art come alive and frames the whole night for the young students. The moment a student is interviewed or on camera, it’s giving them their fifteen minutes of fame and shows them what fifteen minutes of fame can mean”.

Tsui called this year’s event a great sequel to last year’s Night at the Science Museum. “And the students are more connected and involved in expressing themselves creatively,” she said. “Most of the secondary students have never been in a museum before. And here they are going wild and learning and feeling and exploring and doing something unusual – discovering that museums aren’t always old, boring and stiff”.

The event was bookended by a two-part Time Capsule ceremony presided over by Professor John Carroll of the HKU History Department.

At the start of the night, students and a few selected guests were asked to place in a box items that said something interesting or beautiful about Hong Kong, Carroll said. “The next morning, I opened some of the boxes and discussed some of the items and what they might tell someone one hundred years from now about Hong Kong”.

Like all of the night’s activities, the time capsule was an aspect of the art of Warhol, who is credited with inventing the concept.

BJ Min-Seok Kim said that “the best part of the night” was completing a three-minute video the BJs produced summarizing the Night at the Art Museum and screening it for the secondary students during breakfast.