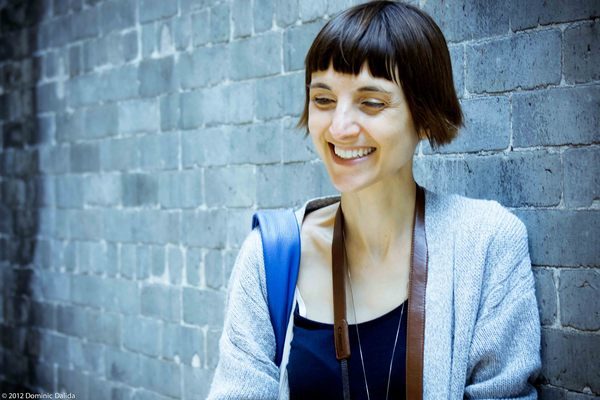 China in Africa, a term encompassing all aspects of China’s growing relationship with the countries of Africa, is “among the top uncovered but important stories of our time”, says Professor Ying Chan, the Director of the JMSC.

Chan has urged her students to write stories on the subject, and suggested that they “get out to where the news” is, saying they would have to leave their comfort zone to do so, but would be much rewarded in return.

Master of Journalism student Olivia Rosenman hasn’t actually gone to Africa, at least not yet. But using a variety of on-line sites and tools, she has conducted a series of real-time interviews with Chinese doctors in the conflict-torn country of Mali.

The resulting story, “Chinese doctors pull bullets in Mali“, was published by Asia Times Online at the end of last month.

Rosenman’s article describes how recent fighting in the northern part of Mali has forced Chinese medical volunteers in the country to move from treating malaria to performing field surgery on people injured in combat.

“Since conflict descended on Mali in the past year”, Rosenman wrote, “the doctors are now treating victims of the surge in violence on a daily basis. They say they have grown used to the sound of gunfire and the daily arrival at the hospital of patients with gunshot wounds”.

Rosenman said that the article arose from her dissatisfaction with the way that the western media typically reports on China’s relationship with Africa.

“The western media reports on it a little bit, but not enough. And when they do it is always a similiar story about how China is exploiting Africa for resources. It gets framed as dodgy aid – that China delivers aid but with conditions”, Rosenman said.

“You never really hear about people interacting”, she said. “I was more interested in the people and wanted to consider the people who are actually involved in the China-Africa relationship”.

Using a Chinese search engine to look for such individuals, Rosenman came across a profile that the Qianjiang Evening News had done on a member of the Zhejiang-Mali Medical Aid Team, one of the teams of doctors which China has been sending to Mali since 1968.

Then, using information provided by China’s Ministry of Foreign Affairs web site, she contacted all of the doctors on the team through Sina Weibo, the China-based social media website.

X-ray of a bullet embedded in the chest of a man who had been wounded in fighting in Mali. (photo credit: Tu Zhengliang via Sina Weibo)

“I didn’t expect any of them to write back”, Rosenman said. “But it turned out that they were very interested in talking to me. It made me realize the importance of Weibo for connecting Chinese people, who are surprisingly quite open to making new connections to people they don’t really know”.

Rosenman interviewed the doctors online in real time about the situation in Mali, whose government has been battling Islamic militants in the northern part of the country, recently with the help of the French military.

One of the doctors, Tu Zhengliang, shared some photographs of the gunshot wounds he was treating that he had posted on his Weibo page.

Rosenman is planning to do similar articles on Chinese involvement in other African countries.

“I want to continue this theme of looking at the Chinese in Africa rather than China in Africa”, Rosenman said. “To try to look at it more on a people-based level, on the interactions that the Chinese people are having in Africa with Africans. It’s interesting to hear about people that are actually there, living the relationship”.

Rosenman will be speaking about her discussions with the Chinese doctors in Mali on the China in Africa Project‘s weekly podcast on Monday, March 25. When aired, the podcast will be available here.  More information on China in Africa reporting may be found here.