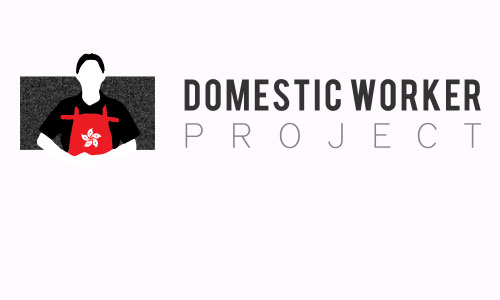 A group of students at the Journalism and Media Studies Centre (JMSC) has launched a new online journalism program called the Domestic Worker Project, the first of its kind in Hong Kong.

The program will provide “ongoing coverage of the personal, social, legal and financial issues affecting foreign domestic workers in Hong Kong”, according to the Domestic Worker Project website. The site has been developed as a project of this semester’s Advanced Online Journalism class.

Although there are more than a quarter of a million foreign domestic workers in Hong Kong, information about them and their individual lives is relatively scarce. The media routinely underreports their stories, even when they involve such issues as indentured servitude, sexual or physical abuse, or worse.

The Domestic Worker Project aims to change that, says Kevin Sites, Associate Professor at the JMSC and a 2010 Harvard University Nieman Fellow, who is directing the project.

“The goals of the project are both journalistic and educational”, Sites said. “We want our students to provide compelling narratives and objective, in-depth reporting on a sector of the population whose stories rarely get told. And we want to provide our students with the experience of a sensitive and complex beat that also transcends international borders with domestic workers in Hong Kong coming primarily from the Philippines and Indonesia”.

The project will organize research and interviews the students have been conducting since the semester began in January. In addition to collecting facts and figures that govern the life of a domestic worker in Hong Kong, the students will publish stories on the website that put a human face to those numbers, including the larger social issues affecting domestic workers: migration laws, low wages, employment agencies, money lenders, and the separation of families for years at a time.

For example, in his article, Greedy Job Firms Put Some Domestic Workers into a State of Indentured Servitude, Xinlei Pan (MJ, 2013) tells the story of a 29-year-old Indonesian woman named Ida Rosidah. The employment agency that arranged Rosidah’s job in Hong Kong charged her over 80 percent of her salary, every month for the first several months she worked here.

Though several laws have been passed to limit the overcharging, Pan says that agencies still continue to do it. According to the Association of Indonesian Domestic Helpers, a survey of such women in Hong Kong revealed that 94 percent of them had been overcharged by their employment agencies.

Sites said that the project was in part inspired by the Chicago Innocence Project, which researches cases of people imprisoned for crimes they may not have committed. The project was established by Journalism Professor David Protess with his investigative reporting classes at Northwestern University’s Medill School of Journalism. To date, the Innocence Project has found evidence that has helped free 12 prisoners, 5 of whom were on death row, and was a major factor in prompting Illinois to abolish the death penalty in 2011.

“We were interested in doing something similar with the Domestic Worker Project but at a different level”, Sites said. “Where the Innocence Project found that by focusing on previously unexamined DNA evidence they were able to exonerate a lot of guys on death row, I want our students to also peer into the unexamined evidence – but on a level that is sociological rather than criminal – to find out how domestic workers are treated, what their quality of life is, what the remittance means to their home countries, how they benefit and how they are exploited”.

Daisy Mandap is a lawyer and editor of the The Sun, a newspaper that is published in both English and Tagalog serving the large Filipino community in Hong Kong – the vast majority of whom are domestic helpers.

“This is a welcome project for us”, Mandap said. “The local Chinese and the expat groups and other groups do not understand the plight of our workers”, she said. “There is so much misinformation out there and this will open a door for them to have a better understanding of the situation under which our domestic workers have to work”.