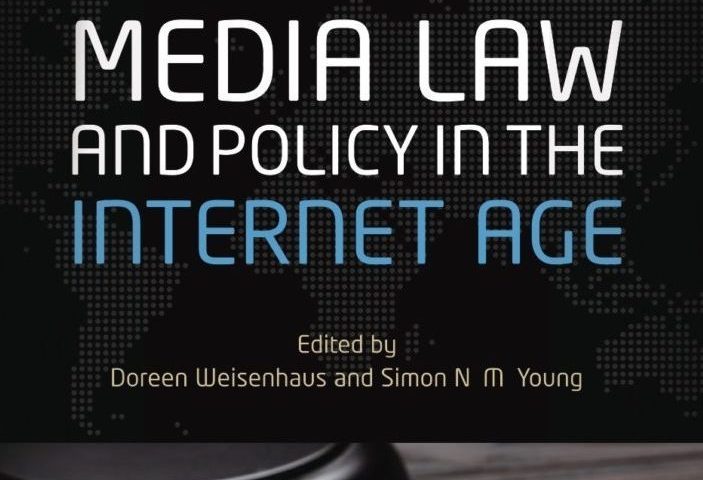 The latest book from Associate Professor Doreen Weisenhaus, Media Law and Policy in the Internet Age, was published on 23 February.

The book features essays by Weisenhaus, Director of the JMSC’s Media Law Project, and co-author Simon Young, Professor and Associate Dean (Research) of HKU’s Faculty of Law, along with other leading experts from around the world.

The essays examine the emerging landscape of media law and policy reform in nations with variable political and legal contexts—including Canada, China, Hong Kong, Indonesia, the Philippines, Singapore and the United Kingdom—and the complex legal environments within which journalists operate in an era of technology-driven change.

“The book grew out of and takes its title from the JMSC’s landmark international conference held at HKU in October 2013,” said Weisenhaus. “It analyses developments since then, particularly through the prisms of defamation and media regulation, while also exploring the impact of technology on privacy law and national security.”

Contributors to the book include jurists, lawmakers, litigators and scholars at the forefront of media law and policy reforms, such as Lord Anthony Lester of Herne Hill QC, member of the House of Lords who played a pivotal role in the recent reform of the UK’s defamation laws; Lord Dyson, formerly Master of the Rolls and Head of Civil Justice and a pioneer in open justice initiatives; and Gillian Phillips, legal counsel for The Guardian newspaper, which published the first exclusive interviews with Edward Snowden.

“Media Law and Policy in the Internet Age could not have come at a more pressing time,” said Dr Agnes Callamard, Director of Columbia Global Freedom of Expression, Columbia University. “It provides a crucial and comparative insight into the defining issue of the decade. A must-read for anyone seeking to better comprehend the depth and breadth of the impact of the internet on our legal concepts, systems and reasoning,” she said.

“For those who care about the future of free expression, this is an invaluable addition,” he said.

Media Law and Policy in the Internet Age is published by Hart Publishing, Oxford, UK, an imprint of Bloomsbury Publishing.

Weisenhaus has taught media law and ethics at the JMSC since 2000. She is the author of Hong Kong Media Law: A Guide for Journalists and Media Professionals (2007 and an expanded edition in 2014) and a former prosecutor and city editor of The New York Times.

Read more about the 2013 Media Law and Policy in the Internet Age International Conference here.

Learn more about the book, including a full table of contents, here.