Public seminar: Telling Stories Together: The risks and opportunities for journalism in the age of social media (17 March) 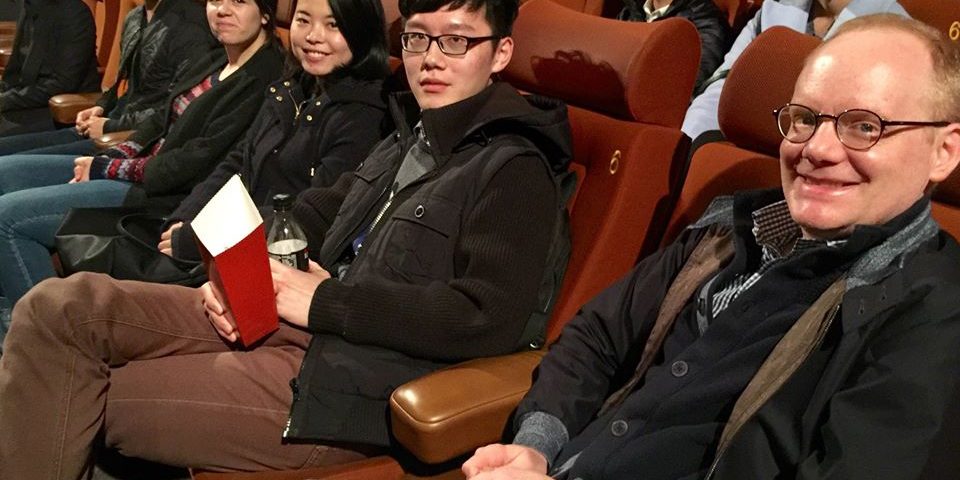 The JMSC hosted a special screening of Oscar award-winning film ‘Spotlight’ for students, alumni and internship partners on 18 February, the film’s opening night at cinemas in Hong Kong.

The event, held at The Grand Cinema in Elements at Kowloon Station, was sponsored by the Hung Leung Hau Ling fund and Distinguished Fellow in Humanities Ruby Yang.

Reviews of the film—which follows The Boston Globe’s ‘Spotlight’ team and its investigation into cases of child sex abuse in the Boston area by Roman Catholic priests—refer to it as ‘the most compelling, most insightful movie on investigative journalism since All the President’s Men,’ and those who attended the screening weren’t disappointed.

Current JMSC students and alumni at the screening

Current Bachelor and Master of Journalism students and alumni filled the privately hired cinema to enjoy the film and learn some pointers for pursuing successful investigations.

Organiser of the screening, JMSC alumni officer Kevin Lau said: ‘Watching a movie like this helps reinvigorate the mission of journalism and reminds us of why we studied and became journalists. These events are also an opportunity for JMSC students past and present to network with each other and build connections across the years.’