Learn to be a smart news consumer: MOOC ‘Making Sense of News’, running again in February 2016 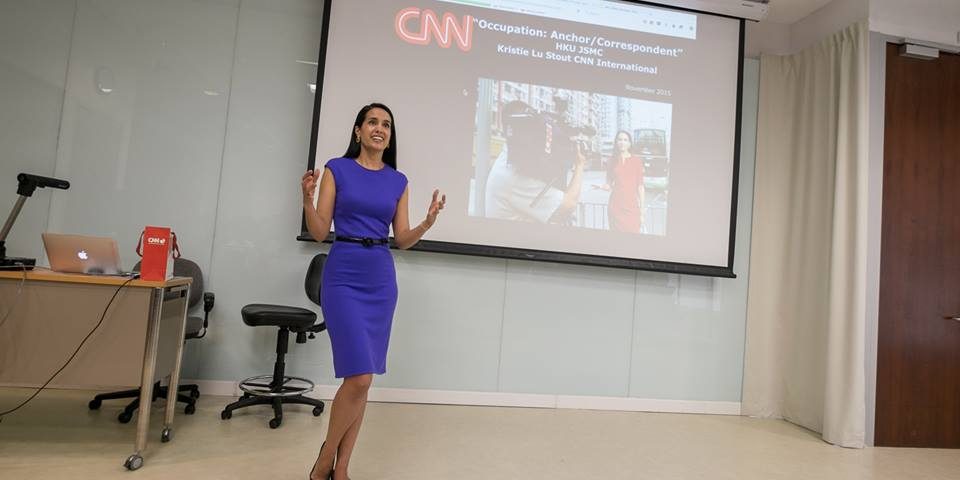 ‘You can be entrepreneur journalists—you don’t have to be limited to one platform or even company,’ CNN International news anchor, Kristie Lu Stout, told students during a recent visit to the HKU campus.

Kristie met with students on Tuesday 17 November to talk about being a news anchor and share insights into how she progressed in her career. She spoke about how the online world is showcased in her programmes, how breaking news fundamentally changes broadcast plans, and the secrets for setting up interesting panel discussions.

Kristie began her talk by reflecting on recent events in Paris, saying that she received the news as a consumer, not a reporter, and that it has been fascinating to watch the repercussions and responses from governments. For example, she cited how China has said that it will step up counterterrorism measures in response to the attacks.

She went on to talk about how she has pitched shows herself, including her current award-winning show, ‘On China’, the first international news programme focusing on the country. Even when working for a news organisation, ‘you can pitch shows’ and ‘have additional gigs on the side,’ she told students.

storytelling and explain how the network packages a series of reports to tell a wider story to its audience. In this case, a report about a leading Chinese manufacturer of drones was the ‘amuse bouche’, a story about greater regulation of them was the ‘meat and potatoes’, and a lighter report about drone racing was the ‘dessert’.

On the subject of social media, Kristie spoke about the need to follow trends to determine what content is relevant for an international broadcast. She also talked about the power of social media to engage with audiences and get them excited about a programme, and how it is increasingly being used to create campaigns, such as CNN’s Freedom Project to end modern-day slavery.

Students asked Kristie questions on a variety of subjects, including how to approach tough interviews, the nature of being a news anchor in China, and conflict between personal opinions and content for broadcasting. When asked about advice for career development, she said: ‘Identify what you’re passionate about, stay with those passions and the connections will come together. Above all, be true to yourself.’

Kristie Lu Stout is an award-winning journalist for CNN International and the host of News Stream, a nightly 9 p.m. news programme broadcast from CNN’s Asia-Pacific headquarters in Hong Kong.

The JMSC is now welcoming applications to the Master of Journalism (MJ) programme for the 2016–2017 academic year. Click here to find out more and apply.