Computer-mediated risk perception and communication unplugged: A critical assessment of the tools of risk governance in the digital age

Accidental Antagonists or Inevitable Enemies? China and Japan in Asia and Beyond 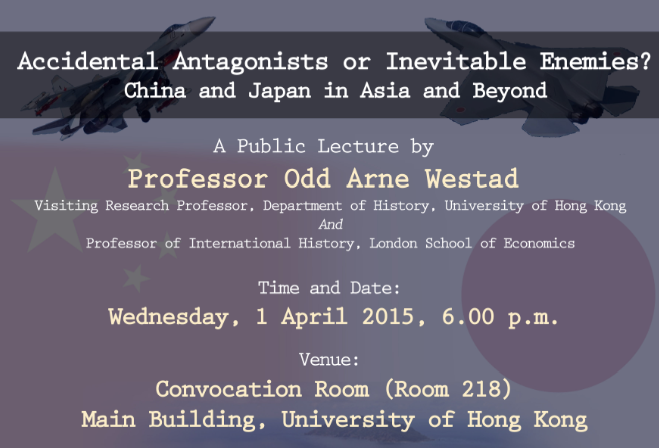 Since at least the 1890s, more often than not China and Japan have usually been at odds with each other. The two greatest powers in East Asia have each borrowed much from each other’s culture and experience, but have also battled for predominance over each other and hegemony in Asia. From the 1894-1895 Sino-Japanese War until the end of World War II, Japan sought to dominate China. For much of the Cold War, the two powers were in hostile camps, seeking different paths to modernity and economic development. In recent years, with Chinese economic and military power increasing and Japan apparently in stasis, old disputes and memories have once more come to the fore, inflaming old wounds and promoting new tensions.

Odd Arne Westad, Visiting Research Professor at the University of Hong Kong, Professor of International History at the London School of Economics, and author of Restless Empire: China and the World Since 1750 (2012), surveys the past history of relations between Japan and China and suggests how these two states might deal with each other in future. This is the third of a series of lectures by Prof. Westad on China’s relations with other Asian powers.

Co-sponsored by the Department of History; the School of Humanities; the Medical Ethics and Humanities Unit of the Li Ka-Shing Faculty of Medicine; and the Centre of Journalism and Media Studies, University of Hong Kong

All Interested Are Welcome.
This event is free of charge.