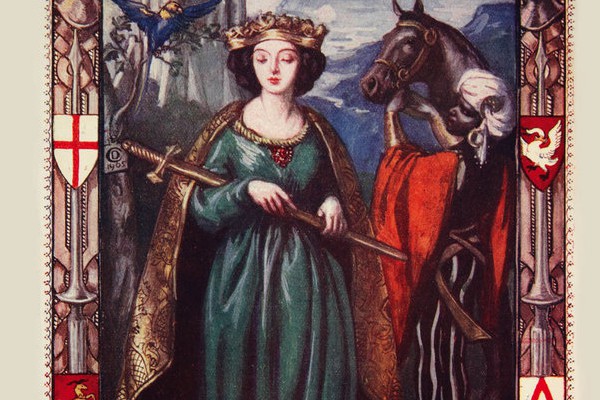 Many good journalists end up being novelists or non-fiction writers, but few would be brave enough to write a book about a character from the legend of King Arthur and her significance for modern-day feminism and female sexuality.  But one of JMSC’s own has done just that.

Kristina Perez, a graduate of the Journalism and Media Studies Centre, has just published “The Myth of Morgan la Fey” about King Arthur’s sister. According to Palgrave Macmillan, the publisher, the book “reveals (Morgan’s) true identity through a comprehensive investigation of the famed enchantress’s evolution – or devolution – over the past millennium and its implications for gender relations today.”

“I’ve had a lifelong love affair with Morgan la Fey,” said Perez. “I first started reading the Arthurian legends when I was 13 and more than either King Arthur or Lancelot, it was always Morgan who captivated me. She was more powerful than the king himself and it was her story I wanted to tell.”

“My training as a journalist was an enormous benefit to me when approaching the research I had done for my PhD, breaking it down and rewriting it to reach both a specialist and generalist audience,” she said.

Perez has a PhD in Medieval Literature from the University of Cambridge in the UK. Her journalistic work has appeared in The Wall Street Journal Asia, Condé Nast Traveler, CNN, and the South China Morning Post, among other publications.