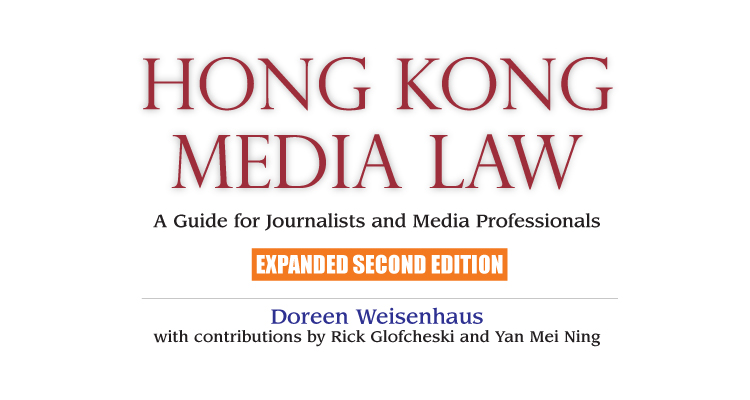 The expanded second edition of Hong Kong Media Law by JMSC’s Associate Professor, Doreen Weisenhaus, aims to help anyone who uses any publishing device or platform to safely navigate the shifting terrain of media law.

With its in-depth research and analyses of key developments in local and international contexts – in such areas as defamation, privacy, contempt of court, access to information, national security, copyright, obscenity and media regulation – it also is an authoritative resource for lawyers, judges, regulators and scholars.

It builds on the first edition, published in 2007, with more than 200 new cases, laws and regulations. They include significant global developments, particularly involving the Internet and social media, many of which have the potential for impact in Hong Kong. The trends show that Hong Kong’s failure to modernize media laws it inherited from a colonial past hinders journalists and harms the public interest.

It also examines the increasingly volatile reporting climate in mainland China, the PRC’s tightening restrictions on Hong Kong and foreign reporters and its attempts to influence the legal and journalistic environments in Hong Kong.

Like the first, this edition provides chapter FAQs and checklists, a chronology of press freedom milestones, a glossary of legal terms, a court research guide and key legislation texts.