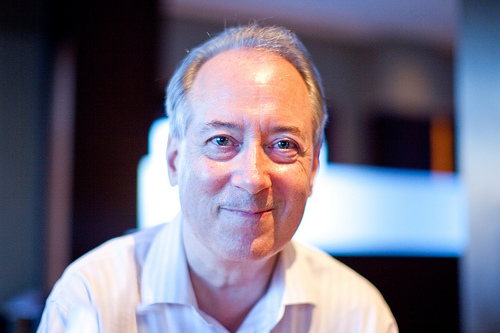 Dan Gillmor, noted journalist, author and educator, will give a talk at the Journalism and Media Studies Centre on February 14 entitled “Imagining Journalism’s Future: Conversation, Data and Entrepreneurship.”

He is the author of two books, We the Media: Grassroots Journalism by the People, for the People, and Mediactive, which is part of a project “to help turn passive media consumers into active users.” Gillmor is working on a new book and web project, tentatively entitled Permission Taken, “about the increasing control that companies and governments are exerting over the way we use technology and communicate, and how we can take back some of that control.”

From 1994-2005, he was a columnist at the San Jose Mercury News, Silicon Valley’s daily newspaper.  Gillmor continues to write articles and commentary, including a regular online column for The Guardian newspaper and on his Mediactive blog.  Of the current state of the news media, he has written:  “The collision of media and technology has created turmoil in journalism, but also enormous opportunity.”