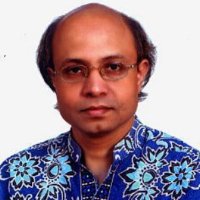 PhD graduate Abdur Razzaque Khan, from Bangladesh, completed his thesis on “Private Television Ownership in Bangladesh: A Critical Qualitative Inquiry.” His research looked at the relationship between media ownership and journalistic freedom in Bangladesh.

Khan wrote that “a vicious circle of executive-legislative-media power” enables private television station owners to carry out “misdemeanors, power abuse, corruption and malpractice” with impunity. His conclusion: “If a comprehensive policy for dealing with private television is not formulated, then private television will not help Bangladesh’s media democratization process; rather, it will be a threat to democracy.” Khan’s research was supervised by Professor Miklos Sukosd.

“Given the prevalence of depression in Hong Kong and around the world, our research was an exploratory study of the effectiveness and possibility of using online campaigns to encourage help-seeking for depression,” Hui said. The thesis committee ranked her work in the top 10 percent of all theses it examined. Hui was supervised by Professor Fu King-wa.

Lilian Kwok Lai-yi, also from Hong Kong, wrote her Master of Philosophy thesis on “Media Reporting of the 2009 Influenza Pandemic in Hong Kong.”

“My two findings were that local news media not only reported the disease from a public health perspective, but also focused on the political and socio-economic aspects of the pandemic,” said Kwok. “And secondly, although the news media can raise public awareness, structural limitations and constraints on journalistic practice make news media an imperfect vehicle for communicating scientifically-accurate health and medical information.”

Kwok’s research, which was supervised by Professor Thomas Abraham, was ranked in the top 25 percentile by the thesis committee.