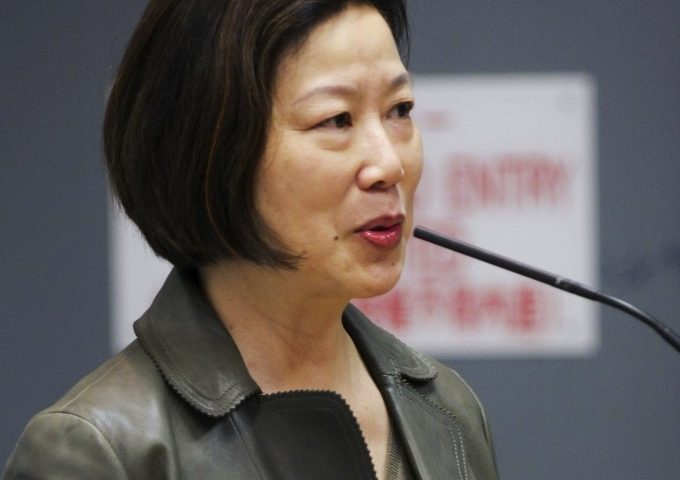 In addition to teaching a course on documentary video production, the Chinese-American filmmaker will be running the “Ruby Yang Workshop.”  Both the documentary course and the workshop will be available to all HKU students.

“JMSC students and graduates will be helping out in the shooting and editing process on my projects,” said Yang. “I’ll also be mentoring HKU students’ own documentaries, from the development stage to completion.”

In 1997, Yang directed Citizen Hong Kong, which the Chicago Reader called “unflinching in its honesty, vivid in its kaleidoscopic imagery.”

She co-founded the Chang Ai Media Project in 2003.  The organization’s documentaries and public service announcements promoting AIDS awareness have been seen more than 900 million times.

Yang directed Chang Ai’s trilogy of short documentary films about modern China, which include The Blood of Yingzhou District, which won an Oscar in 2007; The Warriors of Qiugang, which received an Academy nomination for best documentary short in 2011; and Tongzhi in Love, which was short-listed in the same category in 2008.

She supervised editing in 2003 for the PBS series Becoming American – the Chinese Experience, which received four Emmy nominations.  The New York Times called the series “a model documentary that gets almost everything right”.

Yang’s other international awards include the Alfred I. duPont-Columbia Journalism Award and the Global Health Council Media Award.  She is a member of the Directors Guild of America and the Academy of Motion Picture Arts and Sciences.

The Hung Leung Hau Ling Distinguished Fellowship in Humanities was inaugurated in 2008 through the support of the Hung Hing Ying and Leung Hau Ling Charitable Foundation. The scheme hosts visiting scholars renowned in their fields “with the objective of enhancing and enriching humanities studies at the University which, in turn, contributes to the art and humanities culture of Hong Kong.”  The JMSC is serving as the hosting department for Yang’s appointment at the university.