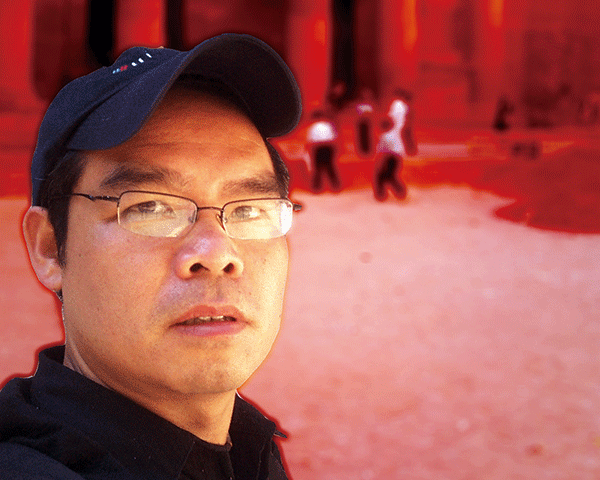 The traditional routes to journalism are disappearing, so today’s aspiring journalists need to have an entrepreneurial mindset.

This was the advice of Andrew Lam, the award-winning Vietnamese-American journalist and author, during a talk at the Journalism and Media Studies Centre on November 8.

The term “ethnic media” refers to news that is specifically by, about and for ethnic minorities and immigrants.  Lam says the minority news market is one of the fastest growing in the US, with roughly 26,000 ethnic media organizations already spread across the country.

Lam, currently editor of New America Media, an online news service that promotes ethnic media in the US, began his career writing about refugees in the US.  He recommends that aspiring journalists develop expertise in a particular area or subject matter. “That way, people will come to you when they need a story,” he said. “You need to become a name on their roster.”  He said that once writers establish themselves, they can later broaden out and pitch stories that may not be in their immediate comfort zone.

Another way to break into the field is to approach foreign bureaus of major newspapers. “It’s expensive now to have full-time staff overseas, so more papers are looking for freelancers and stringers,” he said. “Editors today are finding they have a lot of gaps in their reporting, which creates opportunities for those able to ride the news curve or be where news is being made.”

But he repeated what working journalists have known for decades: journalists need to be passionate about the profession, because salaries are typically low, working hours long, and there are no guarantees people will read what they write.

Lam’s own news organization in the US is filling such voids in reporting. “New America Media gets funding from major foundations in the US, like Ford or Rockefeller, and pays the salaries of journalists in ethnic media organizations to report on issues the foundations want covered, for example, education,” said Lam.

As the political influence of minority groups in the US continues to grew, so will the role of ethnic media, he said. “They can be the ones to break news. For example, India West, a California-based paper targeting the (Asian) Indian community, was the first to break the story that MacDonald’s was using beef-flavored oil for its French fries,” he said. “That story later grabbed international attention.”