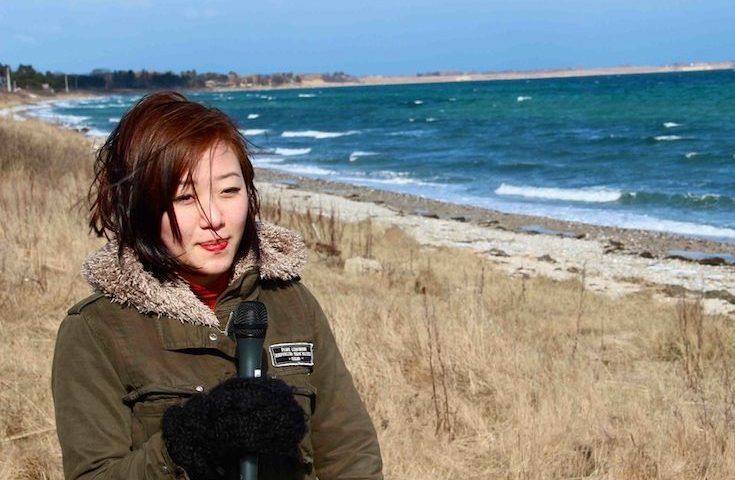 Students of the Journalism and Media Studies Centre have picked up a total of 68 jobs and internships over the spring and summer through the JMSC Careers and Internships programme.

The placements bring the overall number of jobs and internships students have landed during the course of the past academic year to 143, the most in the centre’s history.

“We are very lucky to have such an impressive student body,” said Lauren Dockett, who is in charge of the internship programme. “Being able to place this many students has to do with the quality of the students and the consistently good work that previous students have done in their internships.”

Carolyn Lee, a Bachelor of Journalism student from South Korea, will start her internship at CNN mid-July.

Lee said she has always been interested in the technical side of broadcasting, so the chance to be involved in audio and video production for one of the biggest international news companies in the world was an opportunity she couldn’t pass up.

“[I’ll be doing] a lot of things that I haven’t tried before, such as running the audio board and setting up for an actual live broadcast, as well as things I already have experience with like shooting and editing,” Lee said.

“Watching real news operations in action and collaborating with professionals … I hope to learn a lot from my colleagues and supervisors. It’ll also hopefully help me be one step ahead with my future journalism courses.”

Haruka Nuga, a BJ originally from Japan, is doing a ten-week internship at Bloomberg in Hong Kong. “This internship opportunity has been a great way to put to use what I’ve learned throughout my time at JMSC,” Nuga said. “But being here also showed me all the things I don’t know and what I’m lacking in skills or abilities.”

Nuga has already helped cover one of the biggest stories of the year: Edward Snowden’s public revelations about the US government’s secret surveillance programs.

“I went out to grab some voxpops (short interviews with members of the public) from people in the streets about their opinions [on the story],” Nuga said. “I got to shadow the field producer doing live segments for the news in the morning, join interviews with guests, and capture footage of … protests at the US embassy.”

Amy Ha, a Bachelor of Journalism student from Hong Kong, is an intern at the People’s Daily, the main organ of the Chinese Communist Party. She covers stories about Hong Kong, Macau, and Taiwan.

Ha said that the experience is providing her with an understanding of Communist Party media.

“I am working as a reporter for People’s Daily Overseas Edition,” she said. “[It’s allowing me] to experience the media dynamic in China and … learn how journalists perform their talents catered to the censored media environment.”