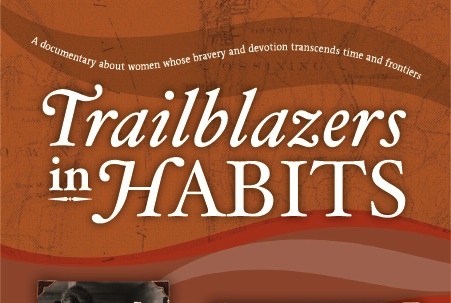 The JMSC will screen the documentary Trailblazers in Habits on Wednesday, May 29 in Rayson Huang Theatre.

The documentary, which was shown at the Sarasota Film Festival earlier this year, tells the story of the Maryknoll Sisters of St. Dominic, an order of American nuns who have been changing the world for over a hundred years.

Founded in 1912, the Maryknoll Sisters have fulfilled their mission “to serve the needs of the people” in a variety of remarkable ways.

They opened the first fully integrated hospital in the United States in Kansas City in 1955. They accompanied Americans of Japanese descent into relocation camps during World War II. And they built schools and houses for hundreds of thousands of refugees who fled to Hong Kong from the Communist Revolution in Mainland China.

The film offers previously unreleased historical footage of Hong Kong, the nuns’ own moving accounts of their experiences, and interviews with some of the people whose lives have been touched by the Maryknoll Sisters’ charity and humanitarian work.

The screening will be followed by a Q&A with director Nancy Tong.

Born in Hong Kong, Tong holds a Bachelor’s degree in Film Production from York University in Canada. She served as Associate Producer and Production Manager for Who Killed Vincent Chin, a film which was nominated for an Academy Award for Best Documentary in 1989. She also served as Line Producer for the George Foster Peabody Award-winning documentary Cancer: From Evolution to Revolution.

Tong is currently Visiting Associate Professor at HKU’s Journalism and Media Studies Centre. Prior to this, she was commissioned by the Museum of Chinese in America in New York to produce and direct ten short documentaries for its permanent exhibition, and taught media production to Muslim women in China, Pakistan, and Indonesia from 2008 to 2009.

More information about the Maryknoll Sisters may be found on the Trailblazers in Habits website.

This screening is free and open to the public. No registration is required. Enquiries please email jmsccos@hku.hk.