Diary of an Intern at The Myanmar Times

Diary of an Intern at The Nepali Times 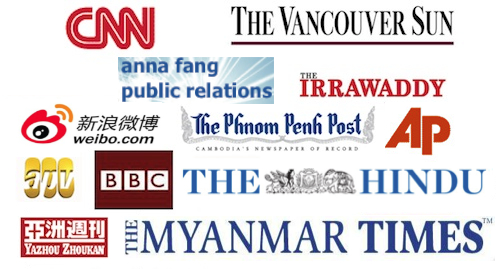 JMSC students have landed 70 internships at media companies in 10 countries over the fall semester and winter break.

The number of internships is a quarter higher than last year and the highest for one semester in the school’s history.

“Winter break can be a tough time to place interns, especially as so many companies are working with a skeleton staff over the holidays”, said Lauren Dockett, the JMSC Professional Practise Manager.

“But employers are inclined to take JMSC students if they can”, Dockett said. “They tell us they are good reporters, mature and eager workers, and possess the digital skills that are often in demand in their modern newsrooms”.

Sophie Brown, a Master of Journalism (MJ) student from Australia, is currently an intern at Phuket Wan in Thailand, a web site that covers news, tourism, real estate, and nightlife on the island of Phuket.

The site has only two reporters and one editor and competes with two English language newspapers, each with a staff of  several dozen people.

“What I really want to learn [at Phuket Wan] is how to make the most of limited resources, gain an insight into running a news web site on a shoestring budget, and how to find good stories in a place where English is not the native language”, said Brown.

In the first two weeks of her internship, Brown has written about International Anti-Corruption Day, an American surfer who went missing just before he was scheduled to fly back to the United States, and the nation-wide hunt for a murder suspect.

Anna-Karin Ernstson Lampou, an MJ from Sweden, is doing a six-week internship at The Nepali Times in Kathmandu.

“I’ve always been interested in development studies”, Lampou said. “And I wanted to write articles related to social, political and environmental issues. Nepal is one of the world’s poorest countries, so there are plenty of stories to be written”.

“It’s a place where I can get a lot of practical experience as a reporter”, she said.

Shinichi Terada, an MJ from Japan, is interning at The Hindu Business Line in Chennai, India. He covers local business events, the manufacturing industry, and foreign communities in the city.

Shinichi Terada (MJ, 2013), second from right, with the research team at The Hindu Business Line.

“India, its economy is definitely making large strides, alongside China, so it was natural for me to choose India as an internship destination”, Terada wrote in an article for The Hindu Business Line about his decision to come to India for an internship.

“I’d kept track of the country’s growth in the past years by reading news articles, but I realised this wasn’t enough”, he wrote. “I wanted to be in the middle of it all: to witness face-to-face the development of India, how it is impacting the world, and to be able to find my own words to express it by writing my own stories”.

Karen Chang, a Master of Journalism student from China, is an intern on the internet desk at The Hindu in Chennai.

Chang said that while she has experience working at a monthly magazine, she wanted to know what it was like to work at a daily newspaper like The Hindu.

“So far, I’ve learned how to use internal systems to edit wire news and make slide shows”, she said.

“This internship is perfect for me”, said Chang. “I can not only experience Indian culture, but also learn how it works in a big newspaper agency. And I will be able to hone the skills I learned [at the JMSC], like in the writing and reporting courses”.