Journalists in High Demand for Digital and Data Skills 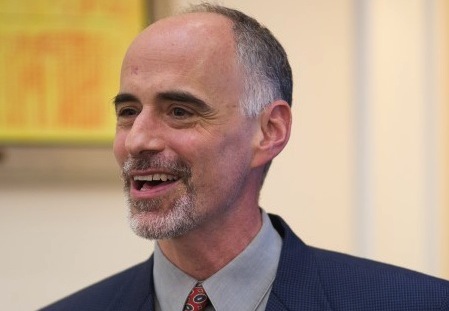 Doug Young, a journalism professor at Fudan University, will deliver a talk at the JMSC about the recent leadership changes in China on Friday, December 7, 2012.

Seven of the nine members of the Politburo Standing Committee, which consists of the most powerful leaders in China, retired last month during the Communist Party’s 18th National Congress.

As a result, Xi Jinping replaced Hu Jintao as Communist Party General Secretary and the number of seats on the Committee was reduced to seven.

The secrecy that surrounds the transition of power in China has left a lot of questions about the direction the country will take under the new Committee.

Young, who has lived and worked in China for 15 years, will discuss the implications of the leadership changes and what they mean for the media.

Young was Reuters’ China company news chief prior to joining the faculty of Fudan University and is the author of a book about the media in China called “The Party Line: How the Media Dictates Public Opinion in Modern China” which was published in October. He will be in Hong Kong through the weekend and then speaking at the Foreign Correspondents’ Club about the rise of social media in China on Monday.

Talk: What Leadership Changes in China Mean for the Media

This talk is open to JMSC faculty and students.