A Conversation with George Soros At HKU 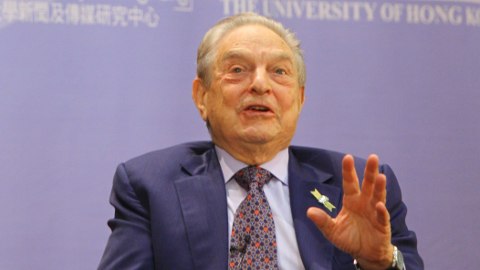 Held in the historic Lok Yew Hall on the University of Hong Kong campus on February 3, 2010, the event attracted more than 800 participants. The session offered a rare opportunity to engage the noted international financier and philanthropist in an open discussion.

The JMSC broadcast the entire occasion via the internet, attracting viewers from all over the world — including Davos where the World Economic Forum had just wound up. Immediately after the event, a web version was made available for those who wanted to recap the session and for media/press.