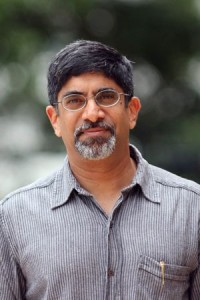 Thomas Abraham is an Adjunct Associate Professor at the Journalism and Media Studies Centre. His research work focuses on risk communication during infectious disease epidemics, the role of the media in communicating risk and infectious diseases, and global health security. He has been a consultant for the World Health Organization and other international organisations on risk communication, and worked at WHO headquarters in Geneva during the influenza pandemic.

Prior to joining JMSC, Thomas worked for 25 years as a journalist. He is a former Editor and Deputy Editor of the South China Morning Post in Hong Kong. Before coming to Hong Kong, he spent 13 years as a foreign correspondent based in Sri Lanka, the United Nations Office in Geneva, and London for one of India’s leading newspapers, The Hindu. He has reported on conflicts in Sri Lanka, the former Yugoslavia, and Northern Ireland, as well as major global issues such as world trade negotiations, human rights, arms control and disarmament. He has also worked for the United Nations in Geneva and been a regular commentator on South Asian issues for BBC World Service Television.

Thomas has a masters degree in International Relations from Jawaharlal Nehru University in New Delhi, and a BA in Economics from Madras University. He is the author of Twenty-first Century Plague: The Story of SARS and most recently, Polio: The Odyssey of Eradication. He has a blog on polio at http://poliohunt.wordpress.com/.