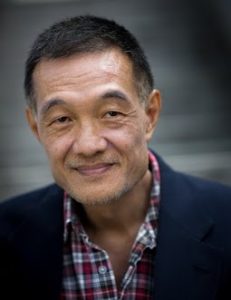 Peter Eng is an Asian-American independent journalism trainer, editor, and writer. Since 1999, he has trained numerous journalists in across Asia, taught in universities, newsrooms, and workshops funded by international organisations, governments, and NGOs. His work with Myanmar journalists has been particularly extensive. Peter has written extensively on the media in Asia, and has produced a large amount of journalism education materials including a widely used manual for Southeast Asian journalists. He also has edited a number of books and reports for academics, NGOs, and UN agencies. As an independent journalist, Peter has written for prominent international media including Los Angeles Times, The Washington Quarterly, Columbia Journalism Review, The Wall Street Journal Asia, The New York Times, and International Herald Tribune (now the International New York Times). Before that, he reported from across Asia during his 13 years as news editor in the Bangkok bureau of the Associated Press. Peter has an MA with Special Honours in political science from the University of Chicago and Stanford University in the U.S., and was a Nieman Fellow at Harvard University.