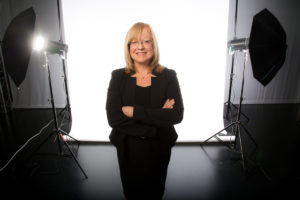 Doreen Weisenhaus taught media law and ethics at the Journalism and Studies Centre as an associate professor (2009-2017) and an assistant professor (2000-2008). Prior to joining JMSC, she was city editor of The New York Times. She also was the first legal editor of The New York Times Magazine before becoming its law and politics editor. Before that, Weisenhaus was editor-in-chief of The National Law Journal, a leading publication for lawyers in the U.S. that won several major journalism awards during her tenure.

She also was a prosecutor in New York City, a television news producer in Chicago, and a reporter for the Milwaukee Journal. She holds law and journalism degrees from Northwestern University. She is the author of Hong Kong Media Law: A Guide for Journalists and Media Professionals (Hong Kong University Press 2007) and an expanded second edition in 2014. Her book, Media Law and Policy in the Internet Age, was published by Hart Publishing Oxford in February 2017. Her research interests include international press freedom and worldwide trends in media law and policy. Since 2014, she has served as a member of the expert panel and working group for Columbia University’s Global Freedom of Expression Project.

She is now a Senior Lecturer and Director, Media Law and Policy Initiative, at Northwestern University, with a joint appointment at the Medill School of Journalism, Media, Integrated Marketing and the Pritzker School of Law.