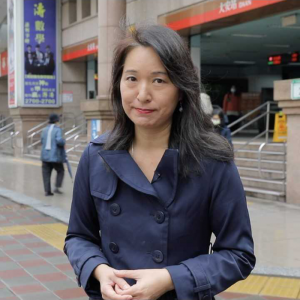 Cindy Sui is a long-time journalist based in Asia. A Chinese American, she started her career covering crime, courts, education and minority affairs for a newspaper in California and later moved to Hong Kong, Mainland China and Taiwan, where she reported for local, regional and international media for more than two decades.

Up until recently, she was the Taiwan correspondent for the BBC, covering a wide range of news about Taiwan, including cross-strait relations and the other challenges Taiwanese people face.

Prior to joining the BBC, Cindy was based in Beijing where she worked as a correspondent for Agence France-Presse, covering a variety of news about China, including its entry to the WTO, mining and other accidents, and vast social-economic changes during the early 2000s.

In addition to the above, Cindy also worked in Hong Kong for the then Hong Kong Standard, SCMP and later AFP for two years right after the handover in 1997 and has freelanced for a variety of media, including the International Herald Tribune, Los Angeles Times, and NBC News.

Cindy believes in lifelong learning and over the years, she has transformed herself from a print and agency journalist to a radio, TV and digital media one-person band, able to handle breaking news and develop in-depth features, as well as film and edit news videos that were some of the most viewed on the BBC’s website.