(12 Sep) The Protests and The Press (VIDEO ONLINE) 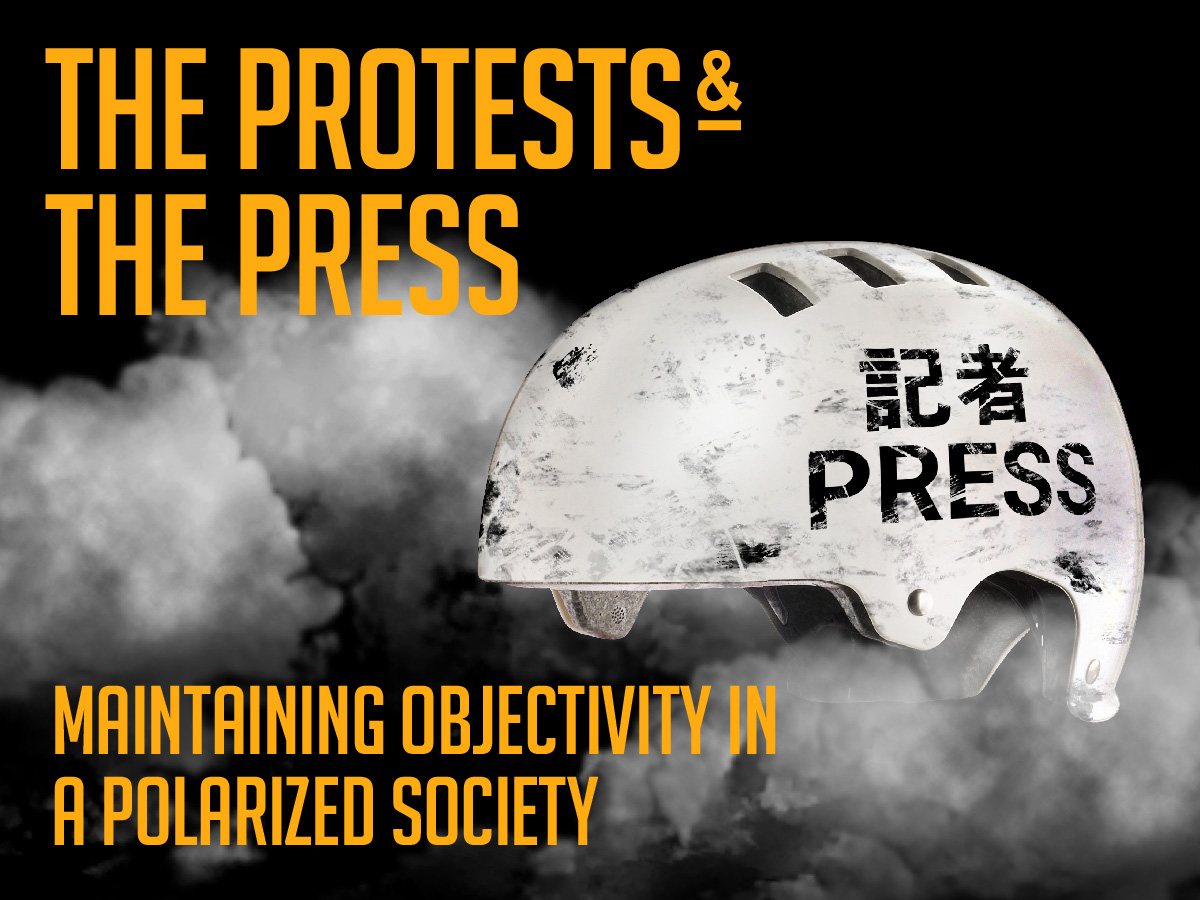 The recent unrest in Hong Kong triggered by the controversial extradition law has found the media—local and international—uncomfortably at the center. Reporters cover the events on the front lines while journalist organizations have taken strong stands against the bill and against police use of excessive force. Reporters at protest sites have been physically attacked, harassed and prevented from doing their job. And the coverage has often been criticized by both sides as unbalanced.

Objectivity and fairness are core tenets of journalism. But can reporters remain objective when the media itself has become part of the story?

Antony Dapiran
Antony Dapiran is a Hong Kong-based writer and lawyer, and the author of City of Protest: A Recent History of Dissent in Hong Kong, published by Penguin. Antony writes and presents extensively on Hong Kong and politics, culture and business. His coverage of the recent Hong Kong protests has appeared in The Guardian, Bloomberg Opinion, New Statesman, Foreign Policy and CNN Online, among others. A fluent Mandarin speaker, he has resided between Hong Kong and Beijing for over twenty years.

Erin Hale
Erin Hale is a freelance journalist based in Asia since 2013. She is an alumna of JMSC Master of Journalism programme and covers Hong Kong for German and UK media.

Jeffie Lam
Jeffie Lam is a correspondent at the South China Morning Post who leads the newspaper’s coverage on Hong Kong politics. She started her career as a political reporter after graduating from the University of Hong Kong with a Bachelor of Social Sciences degree in 2009, and joined the Post in 2013. Jeffie mostly writes about the city’s politics and social movement, but she is also interested in social welfare issues, such as elderly care. She was a recipient of the 20th Human Rights Press Awards and had obtained a Master of Laws in Human Rights degree from HKU in 2016. Prior to the Post, she was a political reporter at Chinese-language broadsheet Ming Pao.

Professor Francis Lee
Francis Lee is Director and Professor at the School of Journalism and Communication, The Chinese University of Hong Kong. He works mainly in the areas of journalism studies, public opinion, and media and social movements. He is the lead author of Media and Protest Logics in the Digital Era: The Umbrella Movement in Hong Kong (New York: Oxford University Press, 2018). He is also currently the Chief Editor of The Chinese Journal of Communication.

Damon Pang
Damon Pang is a journalist at Radio Television Hong Kong. He has spent 14 years in the media industry, the majority of the time as a multimedia journalist at RTHK. He specialises in politics, while also covering courts, development, housing and sports stories. He has been covering the anti-extradition protests in Hong Kong. He has also had short tenures at a TV station and in print.

Keith Richburg
Director, Journalism and Media Studies Centre, The University of Hong Kong
After retiring from the Post in 2013, he became a fellow at the Institute of Politics at Harvard University and a lecturer of international reporting at Princeton University. Keith’s coverage has won numerous awards, including two George Polk Awards, and was twice a Pulitzer Prize finalist for his reports from Somalia. His 1997 book, Out Of America: A Black Man Confronts Africa, chronicles his travels across Africa. He is a graduate of the University of Michigan and has a master’s degree from the London School of Economics. Keith Richburg is a journalist and former China correspondent who spent more than thirty years overseas for The Washington Post, serving as bureau chief in Paris, Hong Kong, Jakarta, Nairobi, and Manila. He covered the invasion in Iraq, the fall of the Taliban in Afghanistan, the US military intervention in Somalia, the genocide in Rwanda, and the 1997 handover of Hong Kong to China. He was also The Post’s Foreign Editor from 2005-2007 and helped cover the 2008 U.S. presidential election.