Could skipping breakfast be good for you?

Retiring in the East: dean of social sciences faculty achieves 40 years with HKU 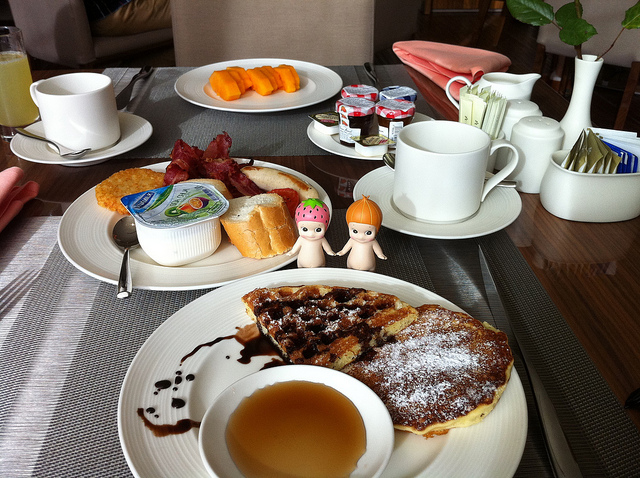 By Xinyue Ji | A quick ( and not necessarily scientific) survey by this website found that  HKU students above the age of 22 tend to eat breakfast more than four times a week compared to students under that age, who only eat breakfast less often.The difference appears to be largely because younger undergraduates tend to have more morning classes.

JMSC reporters invited 40 HKU students to participate in the survey. The results showed that   37.5 percent of students who took the survey eat breakfast every day, 20 percent eat four to five times a week, and 7.5 percent of the students never have breakfast.

Nearly half of the students say that they skipped breakfast from time to time, sometimes in order to get more sleep.

Bread and sausages are the most popular food for breakfast among the surveyed students, winning a 55 percent vote.

More than half of the students choose to eat at home. The school cafeterias are the first choice for HKU students to have breakfast outside. According to the survey, 25 percent of the students  prefer to eat convenience store food, and 12.5 percent tend to eat in coffee shops .

Breakfast habits have influence on students’ academic performances, research reveals. In a 2016 Hong Kong study, researchers said that children who ate breakfast every day did as well in tests as pupils who were 18 months older but skipped meals in the morning.

Tanja Guigon-Rech, a Hong Kong certified nutritionist and founder of the Nutrition Nation, shares her suggestions on healthy breakfast ideas. Homemade Yogurt, eggs, Veggie Frittata are among her best advice.