Nicotine Craving Can Be Possibly Decreased with the Help of Medicine 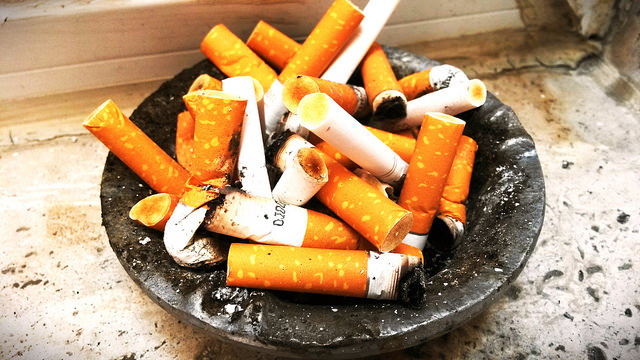 By Xinyue Ji | Feb. 19, 2017 — It’s a story all too familiar – you hear people talking about quitting smoking for the sixth or seventh time, only to see them relapsing within a short few days. A recent study, however, may have some good news for those having a hard time kicking the habit.

Smoking is so hard to quit mainly because it creates addiction to nicotine – the stuff in tobacco that gives a shortcut to the brain’s reward system. A smoker’s brain would associate smoking with that rewarding feeling and drives the smoker to go back for more. By focusing on cutting off that mental association, researchers from Peking University in China have successfully reduced smokers’ craving for cigarettes, according to their latest study published in JAMA Psychiatry in February.

It all comes down to calling up pleasurable memories of smoking and reshaping those memories. The study consisted of two experiments done separately on 96 young male smokers who smoked daily and on 156 rats that had been trained to give themselves a daily dose of nicotine. In both experiments, the subjects were first cut off from nicotine for at least a few hours to simulate a “quitting smoking” scenario. They then were given a drug called propranolol — which could weaken memories — while their nicotine-related memories were being triggered by being exposed anew to smoking or nicotine injections. In tests conducted 48 hours later, the researchers found that the subjects’ craving notably decreased when they were exposed to nicotine again, which signified that the mental bond between pleasure and nicotine had been reduced, if not completely broken.

Although the study cannot show whether the effect of the experiments is permanent or only temporary, and the utility of propranolol in the treatment of nicotine addiction requires further clinical tests, the study, nevertheless, offers a sign of hope for thousands of hundreds of people who wish to quit smoking and lead a healthier life.