Red alert: Too much sugar in drinks for children, study finds 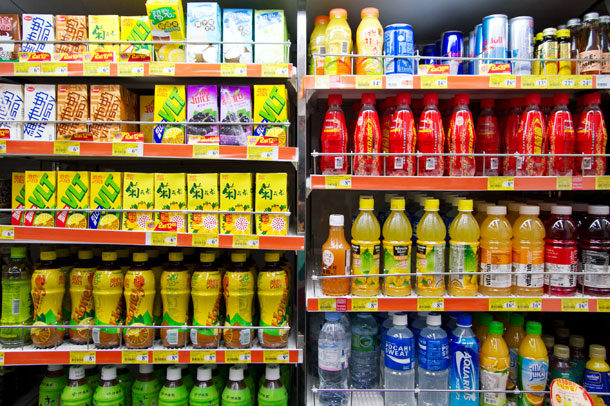 Drinks marketed to children were found to have ‘unacceptably’ high sugar contents,  recent research published in the BMJ found.

They discovered sugar levels of over half of the samples reached the red colour-coded label for sugars in drinks issued by the British Government’s Food Standards Agency, which indicated these drinks had over 11.25 gram of sugar per 100ml.

“There are lots of sugary beverages available in Hong Kong, ranging from soft drinks, many prepackaged drinks, most sport drinks, the Taiwanese made-to-order drinks sold on the street, to many sweetened beverage choices in the restaurant,” Cheung said.

“Fruit juice, even the freshly squeezed one, would be considered high in sugar. Previously the Department of Health also issued a report saying that many kindergartens provided sugary drinks to preschoolers frequently.”

Having too many sugary drinks can result in tooth decay. In 2014, the University of Hong Kong Faculty of Dentistry conducted a study on 12-year-old primary school children’s dental health.

Among the 600 Hong Kong children studied, 75 per cent showed early signs of tooth erosion. The team also found the occurrence of tooth decay and the degree of dental erosion were linked to the frequency of taking sugary and acidic drinks.

“Sugar contains a substantial amount of energy (4kcal/g) but it does not give you feeling of satiety or carry much essential nutrient,” said Cheung.

“Excessive amount of energy from sugar would lead to obesity in most of the cases, and few of them may be complicated with some nutrient deficiency or eating behavioural problems.  It may also foster the taste preference to sweet and likely to persist in adulthood.”

The World Health Organisation (WHO) said overweight and obese children were likely to face numerous health issues, in an article published in its e-Library of Evidence for Nutrition Actions: “… (they) are at higher risk of developing serious health problems including type 2 diabetes, high blood pressure, asthma and other respiratory problems, sleep disorders and liver disease. They may also suffer from psychological effects, such as low self-esteem, depression and social isolation. Childhood obesity also increases the risk of obesity, noncommunicable diseases, premature death and disability in adulthood.”

Cheung suggested parents should safeguard their children by choosing healthy drinks for them.

“Parents should encourage their kids to have fluid intake with plain water as main drink since childhood,” Cheung said.

“Other than drinking water, we may also provide some milk or dairy substitutes, for example, calcium fortified soy milks. We should read the nutrition labels when we buy foods and beverage, and we should choose more products low in sugar, fat and sodium.”

“A healthy diet, such as eating more vegetables and fruits and reducing the consumption of sugar and saturated fat as well as regular physical activity, can help lower the risk of diabetes.”

Chan said the proposed sugar tax in England was a possible way to tackle children obesity, but the Department would focus on advocacy works first.

Cheung said the surcharge on drinks may not be a perfect solution.

“I think some of the regulatory measures, for example, the sugar tax on drink, may not have a significant effect [on reducing the consumption of sugary drinks by children],” he said.

“The tax may influence the food manufacturers to reformulate their product to have less sugar content, which may help consumers to lower their sugar intake. However, the price of cane sugar have increased substantially in recent years and leading to the increase in the price of sugary foods and beverages, but it seems that people haven’t reduced the sugar consumption.

“We may consider putting a warning sign on the sugary beverages to remind them the increased risk of obesity and other related complications. Banning television advertisements on sugary food during peak hours may also help.”