From Mexico to Hong Kong: starting a career as a business and financial journalist 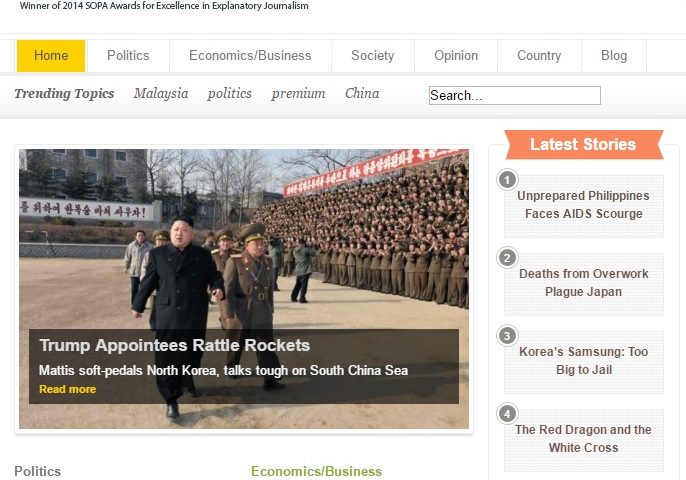 The JMSC and news and analysis website Asia Sentinel have formed a partnership to work together in producing local and regional reporting.

Under the new collaboration, JMSC students will pitch stories of local and regional interest to Asia Sentinel, allowing them to work directly with professional editors to produce digital story packages for a general audience―in other words, producing journalism for wider readership, not just for the classroom.

“I’ve always been a believer that journalism schools should be places not only where journalism is taught, but also where quality journalism is produced,” said JMSC Director Keith Richburg.

“With the media industry in the throes of massive disruption, and traditional newsrooms retrenching and reducing staff, there’s a need for in-depth, well-written, well-reported stories. Journalism schools, with a large body of eager and talented students, not to mention experienced professional staffers, can and should be filling that vacuum,” said Richburg.

Asia Sentinel was born to address the dearth of top-notch regional reporting following the demise of AsiaWeek and the Far Eastern Economic Review at the beginning of the 2000s.

The website has since established itself as an award-winning publication, receiving an award from The Society of Publishers in Asia (SOPA) in 2014 for Excellence in Explanatory Journalism.

John Berthelsen, Editor, Asia Sentinel said: “We are pleased to have Asia Sentinel join The University of Hong Kong’s Journalism and Media Studies Centre in partnership. It will not only provide rigorous editorial training for young Asian journalists but it will widen our own reach through young and enthusiastic participants.”

So far ten articles by current Master of Journalism students have been published on the site as part of a series called Asia in 2016, looking back at last year and chronicling major events in the ten largest Asia-Pacific economies:

Asia Sentinel was created to provide a platform for news, analysis and opinion on national and regional issues in Asia. It is open to contributions not only from journalists but from professionals in fields such as finance, diplomacy, science and the arts.