Master classes with Oscar documentarians coming up in October and November 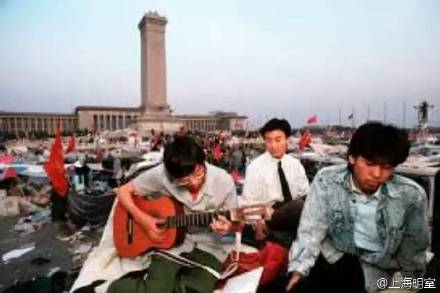 An innovative project at the JMSC has experimented with translating censored Chinese social media posts into English in an effort to tell China’s story to the wider world.

The two-week pilot Weiboscope English project was organised over the summer and timed to coincide with the anniversary of the Tiananmen Square student protest of 1989.

With the software developed by Meedan, the students worked together to select and translate some of the censored posts in Mandarin Chinese into English, which were then publicly distributed through Facebook and Twitter.

‘Weiboscope English is a unique and meaningful channel which connects directly vulnerable groups in China who cannot make their voices heard and western journalists who are curious about China,’ said one of the students from mainland China who worked on the project.

‘I noticed that days after the Weiboscope English pilot project was launched, dozens of western journalists, editors and China-watchers followed its Twitter and Facebook accounts,’ the student said.

With the project being timed to coincide with the Tiananmen Square anniversary on 4 June, many of the censored posts referred to the event, including photos from the candlelight vigil held in Hong Kong’s Victoria Park. 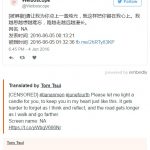 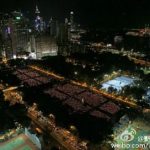 Other posts focused on China’s national ‘gaokao’ exam, some mentioned a crackdown on human rights lawyers in the country, and others reflected on the Mao era or commented on China’s current political leaders.

‘For Chinese public intellectuals who are still willing to be a voice for social justice and the rule of law despite the frustration of being constantly censored, Weiboscope is a great source of support and respect for them by saving and reposting every Weibo post that is deleted. And Weiboscope English helps the messages to spread further,’ the student who worked on the project added.

In total 334 translations were made by a team of four student translators working collaboratively, resulting in 250 posts on the project’s Facebook page and the same number of tweets on its Twitter account. 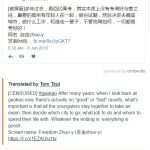 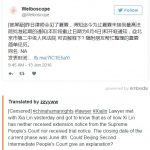 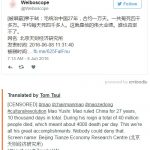 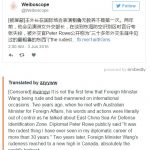 The project’s accounts garnered 92 followers on Twitter—including some journalists from major news outlets including Bloomberg, BBC News, the International New York Times and Der Spiegel—and 159 followers on Facebook during the two-week period.

Assistant Professor Masato Kajimoto, one of the supervisors for Weiboscope English along with Lecturer Anne Kruger, said that the project was a short experiment but the results are significant.

‘The numbers are small, but we were really happy with the outcome as we saw a huge potential for “crowd translation” in journalism. Next steps would be to incorporate Bridge into our courses and possibly the capstone project for Master of Journalism students,’ Kajimoto said.

The Weiboscope English project was also recently mentioned in a presentation by Meedan at the Online News Association’s 2016 Conference in Denver, US. Click here to watch a video of the presentation.

Meedan is an international team of designers, technologists and journalists that builds digital tools for global journalism and translation. Read more about their Bridge software here.