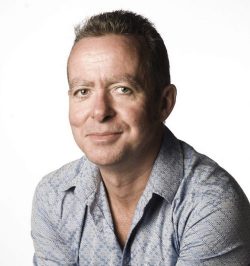 The digitised and globalised public sphere now confronted by all political actors has produced new opportunities for social progress and democratic reform, as well as new channels for state propaganda and terrorist spectaculars such as those performed by the Islamic State and Al Qaeda. What is the role of journalism in this period of intensifying geopolitical conflict? Digital communication will be crucial in determining the outcome of pressing global issues such as the future of feminism and gay rights, freedom of speech and media, and democracy itself.

Leading international media scholar Professor Brian McNair is Professor of Journalism, Media and Communication at Queensland University of Technology, Brisbane, Australia. His new book Communication and Political Crisis explores the role of the global media in a period of intensifying geopolitical conflict. His previous books include Journalism and Democracy (2000) and An Introduction to Political Communication (5th edition, 2011).