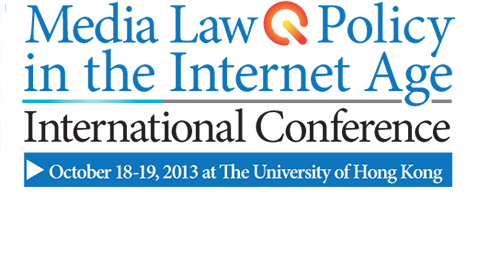 A distinguished group of lawyers, legal experts and officials from around the world is meeting in Hong Kong October 18 and 19 to examine the controversies and challenges the Internet age has created for the news media and policymakers in countries as diverse as China and the United States.

Panelists at the conference, “Media Law and Policy in the Internet Age,” include many who have been at the forefront of reforms and debates involving the Internet’s impact on such issues as defamation law and practice; privacy and media self-regulation; free speech and speech crimes, and national security.

Among the main topics of discussion will be lessons learned in Britain from recent controversies surrounding the media, including the 2012 Leveson inquiry into illegal hacking by journalists – an issue that launched a major public debate on how to protect individual reputations and privacy while upholding fundamental freedom of expression.

One of the conference’s keynote addresses will be given by Lord Lester, the leading architect of libel reform enacted in the United Kingdom this year. Lord Dyson, Master of the Rolls and Head of Civil Justice in England and Wales, will also give a major address. Other panelists will include Lord Hunt, chairman of the UK Press Complaints Commission, and leading legal experts from the US, Australia, Canada, Hong Kong, Southeast Asia and elsewhere.

The conference is jointly organized by Hong Kong University’s Centre for Comparative and Public Law and Journalism and Media Studies Centre, and Media Defense-South East Asia, a network of media defense lawyers.

This conference is free and available to the public, but you must register to attend.