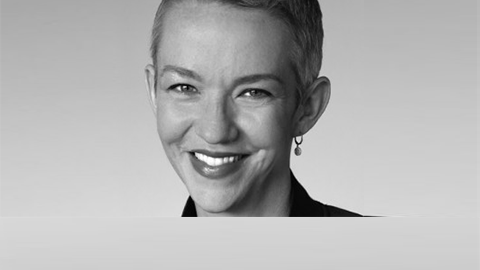 The Internet has created a new kind of celebrity, turning writers who are able to produce compelling content and build vivid online identities into superstars.

Xeni Jardin, who spoke by Skype to the Journalism and Media Studies Centre’s Internet, Media and Society class on April 3, is one of those superstars.

A founding partner and co-editor of the popular group blog Boing Boing, which receives over five million unique visitors a month, Jardin is known for her intelligence and eloquence and is recognized as a leading member of the “digerati.”

Her identity took a sharp turn in 2011, when blogging about a routine visit to the doctor turned into an ongoing public odyssey of personal pain, struggle and courage: she revealed to her 70,000 Twitter followers that she had been diagnosed with breast cancer.

Jardin said that the diagnosis became the most important story of her life, and it seemed natural to want to write her way through it online. It has added an urgency to her writing, she said, and blogging about the disease has given her comfort and hope.

“There is this sense that the Internet is temporary and the Internet is fleeting”, said Jardin, “but when you go through an experience [like breast cancer], you realize that life is very fleeting. And that oddly, now, the Internet offers a kind of permanence. A kind of ethereal but permanent repository of our lives … of these very intimate and very powerful thoughts.”

The decision to share something so personal online has also allowed her to connect to other cancer victims and survivors, who helped her through the painful and confusing treatment process.

The Internet, Media and Society course is taught by Jardin’s friend and former collaborator, Associate Professor Kevin Sites. He said Jardin’s comments made a profound impact on the class. “My students were mesmerized by Xeni”, he said, “despite the fact that she was talking about some of the dark aspects of our own mortality, she did it in a way that was typically poetic”.

Sites said Jardin introduced him to the world of blogging during the 2003 U.S. invasion of Iraq, when he was a young CNN correspondent who was not getting much air time. She helped him turn his personal emails to friends and family back home into kevinsites.net, a pioneering but controversial website he started without the permission of his CNN bosses, who later shut it down.

(Click on the video below to watch the full talk.)

Jardin has contributed commentary on digital media and tech culture to Wired, the New York Times, the Guardian, and the Los Angeles Times as well as CNN, Fox News, MSNBC, ABC and National Public Radio. She is a founding board member of the Freedom of the Press Foundation and currently hosts and produces episodes of Boing Boing Video.

She is on Twitter at @xeni and blogs at boingboing.net/author/xeni_jardin.