Nov 2: Talk – British Media Law Reform And What It Means For Hong Kong 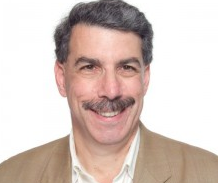 Mike Chinoy, a Fulbright Fellow in Journalism, is at the JMSC for five weeks doing research for a project called Assignment China.

Chinoy worked as CNN‘s Senior Asia Correspondent from 2001 to 2006. Prior to this, he was Beijing Bureau Chief for seven years and Hong Kong Bureau Chief for five years. He is now a Senior Fellow at the University of South California‘s US-China Institute.

Chinoy’s areas of research are the Chinese media, foreign news coverage of China, Sino-American relations and the impact of the media on foreign policy.

Assignment China is a multi-part documentary about the history of American correspondents in China from the 1940s to the present day. While he is in Hong Kong, Chinoy is researching an episode of the project about the important role of Hong Kong as an observation post for events in China.

“The premise behind the project is that the way in which the American media has reported on China has been enormously important in shaping not only the way the American public has understood – or misunderstood – China, but given the clout of such media organisations as the New York Times, the U.S. TV networks and the wire services,this coverage has had a disproportionate impact in shaping perceptions of China around the world,” said Chinoy. “So at the University of Southern California US-China Institute, we thought there would be real value in trying, in effect, to tell the story of the people who have told the China story.”

“Who were they? How did they do their jobs? How did they deal with the Chinese authorities, their own governments, their editors, the lack of access, language and cultural barriers etc.?” Eventually, he said, there will be nine episodes, each one put online when completed. Three are already available and can be found here.

“I am looking forward to a public showing of the fourth episode, on Hong Kong-based ‘China-watchers’ in the 50’s, 60’s, and early 70’s , during my stint at the JSMC,” Chinoy said.

Assignment China will be used primarily for Chinese Studies and Journalism courses. While Chinoy is working at the JMSC, he will also be teaching, conducting seminars and workshops.

“I am thrilled to be at the JMSC to work on my documentary film history of American correspondents in China and also to teach a “mini-course” on covering North Korea,” said Chinoy. “The JMSC is a very exciting place and I hope the work I am doing will help students and the broader community achieve a better understanding of the challenges involved in covering two extremely important stories in Asia.”