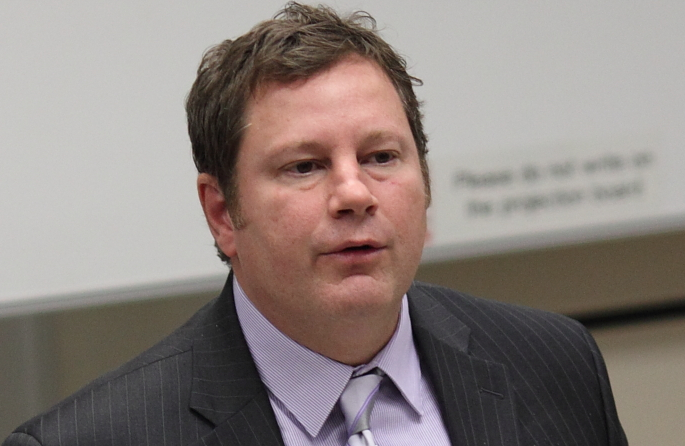 An American diplomat has called on the international community to promote religious tolerance and freedom of speech following an attack that killed the American ambassador and three State Department employees in Libya on September 12.

“This is a difficult week for American diplomats, for Americans, given that horrific act that took place,” said Michael Hammer, Assistant Secretary of State for Public Affairs. He said the killings were “a reminder that we as an international community must all stand together as we move forward to try to promote religious tolerance, religious freedom, but also freedom of speech, and to communicate our differences and disagreements through dialogue and not through violence.”

Hammer’s comments came following a speech to a packed audience of students and academics at the University of Hong Kong.

“Regardless of your views on this, there’s no justification for the violent acts that took place that cost four brave and courageous Americans their lives,” he said. “And I think the world recognises that; that there are different views that are expressed but they shouldn’t lead to the type of violent acts that we saw.”

The attack on the US Consulate in Libya resulted in the death of the US ambassador, J. Christopher Stevens, and followed a violent protest at the US Embassy in Cairo over a low-budget, anti-Muslim film made in the United States by an American and posted on the video sharing website YouTube. Similar protests have since spread throughout the Muslim world, although without the level of violence witnessed in Libya.

Hammer was near the end of a five day diplomatic visit that covered Ulaanbaatar, Beijing and Hong Kong, and his speech, entitled ‘21st Century Statecraft: A Conversation’, focussed – somewhat ironically given the turn of events – on how social media and other modern communication tools provide the US State Department with a unique opportunity to enhance diplomacy and communication to resolve differences.

“What we mean by 21st century statecraft is recognising that the world is increasingly interconnected, information moves instantaneously, at warp speed,” said Hammer, a career diplomat. “That you, here in Hong Kong, or anyone in the world, can communicate and engage in conversations with just about anyone, anywhere in the world.”

Mike Hammer speaks to a full audience at the JMSC

“We think that the more people get to know each other, the less likelihood for conflict and the greater the understanding. It means we can disagree about issues, we can do so with mutual respect and understanding, without having to get into a fist fight or being violent about it.”

In responding to a question about Internet freedom, and whether controls may be required in light of the Benghazi attack, Hammer reiterated the need for open and honest discussion rather than government media controls.

“I think the civilised world can have both; can have the benefit and privilege of being able to express freely ideas without it resulting in inciting violence and also to understand the core value of respecting different religious beliefs.”

In a reference to the video that triggered the anti-American violence, he said: “Why react violently to these abhorrent [videos]? You can denounce them, you can condemn them, you can ask people not to watch it. You don’t have to see it. But at the end of the day it is important that people are able to express themselves.”