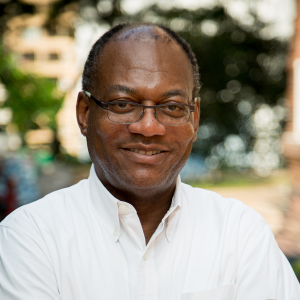 Director of the Journalism and Media Studies Centre and Professor of Practice
richburg@hku.hk

Keith Richburg is a journalist and former China correspondent who spent more than 30 years overseas for The Washington Post, serving as bureau chief in Paris, Hong Kong, Jakarta, Nairobi, and Manila. He covered the invasion in Iraq, the fall of the Taliban in Afghanistan, the US military intervention in Somalia, the genocide in Rwanda, and the 1997 handover of Hong Kong to China. He was also the Post’s Foreign Editor from 2005-2007 and helped cover the 2008 U.S. presidential election.

After retiring from the Post in 2013, he became a fellow at the Institute of Politics at Harvard University and a lecturer of international reporting at Princeton University. Keith’s coverage has won numerous awards, including two George Polk Awards, and was twice a Pulitzer Prize finalist for his reports from Somalia. His 1997 book, Out Of America: A Black Man Confronts Africa, chronicles his travels across Africa. He is a graduate of the University of Michigan and has a master’s degree from the London School of Economics.