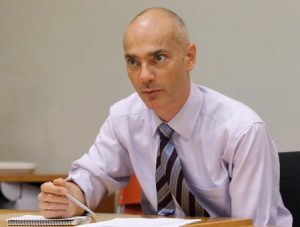 Cliff Buddle began his career covering cases at the Central Criminal Court in London. He was brought to Hong Kong by the South China Morning Post in 1994, and as chief court reporter he covered landmark constitutional cases following the city’s return to China. He has worked as an opinion page editor, news editor and chief leader writer.  He was deputy editor for six years, and as acting editor-in-chief in 2011/12 he oversaw a major revamp and redesign of the newspaper.

Cliff has a master’s degree in Human Rights Law from the University of Hong Kong and has passed the Common Professional Examination, a post-graduation qualification in law.