JMSC Gets Incoming Journalism Students Off To An Early Start 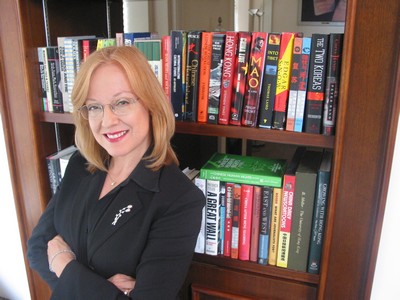 Doreen Weisenhaus, Director of the Media Law Project, has called for Hong Kong courts to enter the 21st Century.

Hong Kong is not operating in the 21st Century when it comes to public access to information about its courts and legal proceedings, according to the Director of the JMSC’s Media Law Project.

“Hong Kong’s judiciary has not kept up with technological advances adopted by other modern societies to help citizens and journalists monitor and report on how justice is administered in the courts,” said Doreen Weisenhaus, a renowned expert in media law and ethics who is a professor at the JMSC.

Weisenhaus, who recently returned to teach at the JMSC after a two-year sabbatical, said her conclusions about the courts are based on research she did for a substantially updated and expanded edition of Hong Kong Media Law: A Guide for Journalists and Media, which will be published by Hong Kong University Press at the end of the year.

“The book includes a lot of new research on the Internet and the impact of new technology on various aspects of the law,” she said. “What I found is that Hong Kong is not operating in the 21st century when it comes to public access and information about the courts.”

For instance, she said, live text-based communication such as tweeting and emailing is banned inside Hong Kong courtrooms even though it is standard practice for reporting in courts in other countries.

“This is the 21st century. This is how journalists work,” Weisenhaus said. “Live text-based communication is taking place anyway – whether the journalists do it in the courtroom or they go outside to send the text through.”  Her remarks appeared in August in an article in the SCMP examining how the Hong Kong courts have been slow in utilizing information technology.

During her sabbatical, Weisenhaus also c0-wrote a chapter on Hong Kong with Rick Glofcheski, a law professor at HKU, for the third edition of the International Libel and Privacy Handbook, which was published in February by Wiley-Blackwell; and she revised the chapter in the International Encyclopedia of Communication on communication law and policy in Asia.

She will be teaching Media Law & Ethics and co-teaching Critical Issues in Journalism and Global Communications in the autumn semester.  In the spring, she will teach Media Law and Internet, Media & Society.

She will also be helping to run the Media Law Conference at HKU from October 18 to 20. The event is co-hosted by the JMSC and HKU’s Faculty of Law.