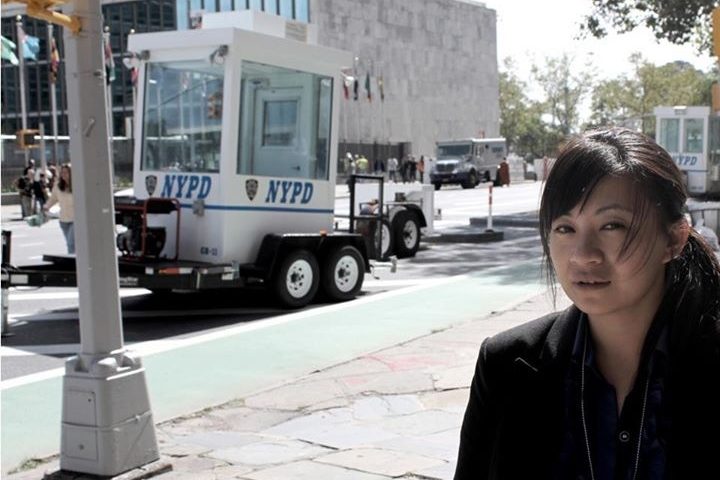 The Journalism and Media Studies Centre’s global reach has now extended into the remote Himalayas, with six students from Nepal and one from Bhutan included in this year’s dazzlingly diverse Master of Journalism class.

Those seven students are among nine in the new MJ class who are winners of  Open Society Foundation scholarships. In all, the new class includes 66 students from 20 countries and political entities in Asia, North America, Europe, Australia and Africa.

The OSF scholarships, designed to recognize “outstanding individuals who have the potential to become leading practitioners” in their chosen fields, provide half the students’ tuition, airfare and room and board, while the JMSC provides the other half. The recipients include Vannarin Neou and Monory Sarom from Cambodia; Chandi Raj Dahal, Sushmita Dawadi, Dikshya Karki, Aayush Niroula, Chahana Sigdel and Deepa Woli from Nepal; and Phuntsho Choden from Bhutan.

“Media in Bhutan is relatively new,” said Choden, who was named Bhutan’s investigative reporter of the year in 1999 and later worked as a media attache for the country’s prime minister. “It’s only 16 years old. It was 1999 when TV and the Internet were introduced.”

She noted that Bhutan does not have a formal diplomatic ties with China. “I wanted to come to the JMSC in Hong Kong because I thought it would be the best place to learn about the area and the rise of China,” she said. “I hope to get first-hand experience of the SAR and China so I can cover the region better.”

Aayush Niroula, one of the Nepalese students, has been working as a journalist for a couple of years already, but said he chose the JMSC programme to learn how to combine writing, film, and video into multi-dimensional multimedia reports to tell the stories of a place like Nepal.

“The Open Society Foundations are trying to promote free and fair and transparent reporting in my country,” Niroula said. “I think that is good and that’s why I want to go back and work and practice what we are going to study here. Hopefully, it will benefit my home country.”

Chahana Sigdel, also from Nepal, said the international diversity of JMSC students was one of the main attractions for her.

“It’s not just about the courses but also about the people you meet and having access to different networks and learning about different cultures,” she said. “This is a great place to do that.”