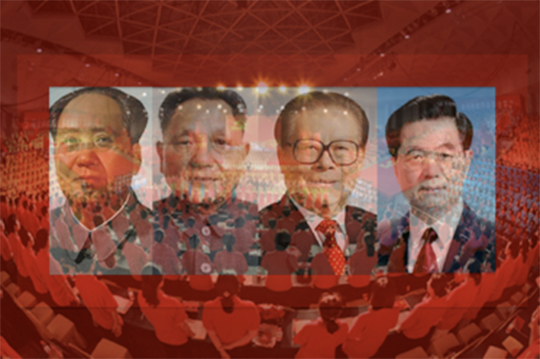 China’s political battles are complicated affairs, waged largely behind the scenes between flesh-and-blood Party leaders with their own, competing agendas. But the language of China’s Party politics – the script that emerges from this backstage melee showing “consensus” –  can offer important clues to emerging trends.

The trick is knowing how to read the Party’s script.

Since September of this year, Qian Gang, a veteran Chinese journalist and director of the Journalism & Media Studies Centre’s China Media Project, has made an in-depth study of the political discourse of the Chinese Communist Party, past and present, in a series called Watchwords: Reading China Through its Party Vocabulary.

On the basis of his analysis, Qian has developed a “report card” that can be used to assess the language used in outgoing President and Party Chairman Hu Jintao’s  recent political report to the 18th National Congress of the CCP, and to answer key questions: What direction is China heading in? Is political reform on the Party’s agenda? How does it plan to tackle issues like corruption?

Qian’s study, which ran in Chinese on the New York Times website and in English on the China Media Project website, looked at the development over time of the Party’s distinctive political phrases, referred to in Chinese as “tifa” (提法).

Qian also summed up his findings in an op-ed commentary for the Wall Street Journal on November 12 (“China Stands Still at the Crossroads”):

“Just like a quarter century ago, real political reform in China requires a change in the Party’s power structure”, he wrote. “This entails tough questions, and even tougher answers, about the origin of power, the independent exercise of power, and safeguards to ensure power is effectively checked and monitored. Instead, Mr. Hu’s pronouncement that China ‘will resolutely not follow Western political models’ revives a hardline phrase that has often presaged a stubborn unwillingness to carry out any sort of meaningful reform”.

Those interested in learning more about Qian Gang’s research on China’s political discourse are encouraged to attend his public lecture on Monday, November 26.

Details for the lecture, entitled “The 18th Party Congress and Prospects for Political Reform in China”, may be found here.